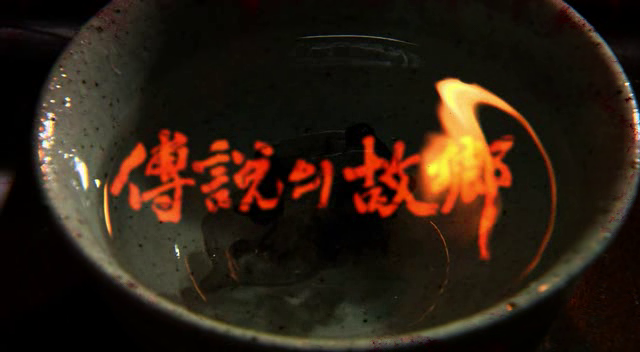 What is the first thing on our mind when we hear "supernatural"? Wizards? Magical powers? None of them belong, in fact, to the world of "supernatural" or "overnatural" as I prefer to call it. The difference is huge. "Supernatural" depicts some extra amount added to the existing "natural" base (as in super-computer, it's still computer nonetheless), but "overnatural" is some kind of transgression. It stays with a distance from the natural, and it may or may not have few common places. I don't jump into the groundbreaking conclusion after seeing trailer to one movie. That would be as wise as judge Kdramaland after seeing only one episode of some drama. I read hundreds of sources, to tell the truth. And no, Gandalf doesn't belong to "supernatural". Magic is something different. Magic encompasses supernatural but it doesn't own it.

This is not thought as the article delving into archetypes of such occurrences. More likely I wanted to present some types of characters and happenings that take place in obscurity where the sunshine of usual Kdrama fluff is unable to reach.

First – what kind of characters we usually classify as not-natural? Demons, ghosts, gods, goddesses (oh damn, it looks like all land of Morning Calm is haunted now!), vampires, animals, right? I don't want to deconstruct their ontological status right now, but to say a little bit about dramas that feature them. And just to give a fair warning – I haven't seen ALL dramas (as some stupid people claim they did. OH, REALLY? SPRING DRAMA OF 1978 TOO? THAT'S GREAT!). Second, what kind of events we classify as "supernatural"? Sinking of the whole town? UFO? Non-human being appearance?

As for demons, goblins included, they are not featured as often as we think. Such "catchy" topic so poorly explored, I know, inconceivable! And what a feast it would make! Imagine all... – yes, exactly what? Asian demons are either folk or Buddhist provenance and basically look as better known European demons – horns, talons and fangs. As far as my Kdrama knowledge goes, I bet they would do some great drama about morally torn and romantic demon suffering because of his nature (Lermontov was Korean in disguise, I suppose). And we would have second-lead, even more torn and suffering demon looking at some lady with teary eyes. Sageuk or modern it doesn't make any difference.

Jokes aside, demons as we know them (or better not), don't appear in Kdramas. Ghost more likely. In fact – we have all kind of ghosts: benign, vengeful, maundering, neutral. The best known series featuring this kind of beings is "Hometown of Legends" ("Hometown Legends"), two seasons, 2008 and 2009, exploring folk superstitions and weird phenomena that took place in Joseon times. 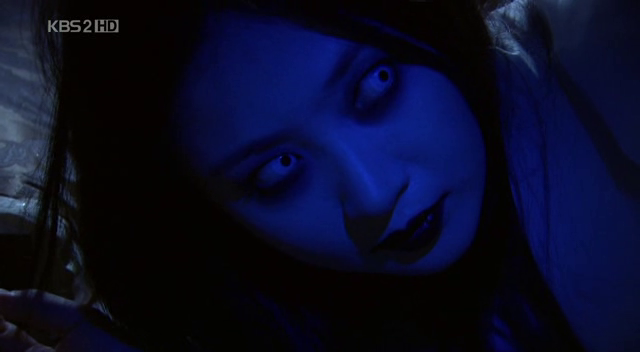 Say you like "Marry Me, Mary!" and she will get you!

Every episode of this series deals with humans haunted, or killed, by some powers beyond their grasp. Those are separated stories that can be watched without the previous or next one. Motif the most often used is vengeful ghost, because this is the easiest to understand and show. Disregarding the effects used (blue light, aww, so cute), each of the story is gripping on its own. We get to know the characters, their life and fate that awaited them. And we are left sometimes with clear conclusion, but sometimes the ending is not that obvious (oh, Koreans and their love for shadows!). The off-screen narrator tells us the background and the ending of the story as if he read some book of events. That also makes special atmosphere to the episodes.

As for some other dramas – the most known is drama "Ghost - Drama" (1999, SBS) – exploring traditional ghost stories in a new way, giving sometimes interesting twists to them, and mixing the stories with police investigation. Another is "HON - Soul" (2009, MBC) that was an interesting 10-episodes adventure into the dark side of a human psyche. Not particularly popular, but having solid plotline and actors. "Ghost Pang Pang" (2007, SBS) is another series featuring ghosts, but as I couldn't find it anywhere to watch, so I can't say anything on it. Plus, it is mostly made up with kids, and that's more than enough to put me off. The most recent is one episode of Drama Special series "The Scary One, The Ghost and I" about (no, that sounds too hilarious even for me...) a gangster who is being haunted by a female ghost causing him to become a laughing stock for his subordinates. And no, Kang Doo Sub is no laughing matter, he's one terrible gangster whose face alone can kill the opponent with terror. So you understand that following ghost is not the most terrifying accessory. Oh yes, and the ghosts in the latter episodes of "New Gisaeng Story". To close the case of ghosts, I may only add that they represent all types of ghost – some seek revenge because of their unfair and premature death, some visit the place they were connected to, and some just like to mess up with others' lives. 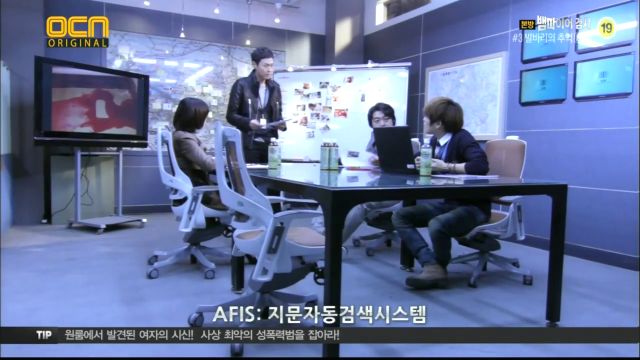 As for other creatures not being fully humans we have vampires. And not glittering emo idiots or hedonistic imbeciles, but beings that are very, very human. It all depends on what kind of human the pre-vampire was. If the person was a rotten brat – the newly acquired powers make it easy to cause ruin. If the person was a positive or at least normal one – we got a normal vampire (normal vampire, I just read what I wrote!). The most famous series about vampires is "Hello Francesca" (2005-2006), drama spanning through 3 seasons that created a solid fanbase of devoted admirers, because it blends comical elements with vampire fantasy in a way rarely seen in Kdramaland.

At the same time (2006) another vampire-drama was broadcasted – 5-episodes only "Freeze". As I wrote the review on this one, I feel that only mentioning it would suffice. But contrary to "Hello Francesca", this one is heavier and not that happy at all. In 2005 in the series of Banjun Drama there was an episode called "Vampire Beauty". Right now we have another vampire series being broadcasted – "Vampire Prosecutor", and since it's a cable drama, I'm fairly sure about the course and quality of it. That's not the end – MBN Broadcast announced upcoming drama titled "Vampire Idol" scheduled to December.

Korean vampires add the "humanity" factor to the vampire mythology. Oh how far we are from Klaus Kinsky's pure animalistic force in the shape of un-dead, drinking blood of innocent maidens! 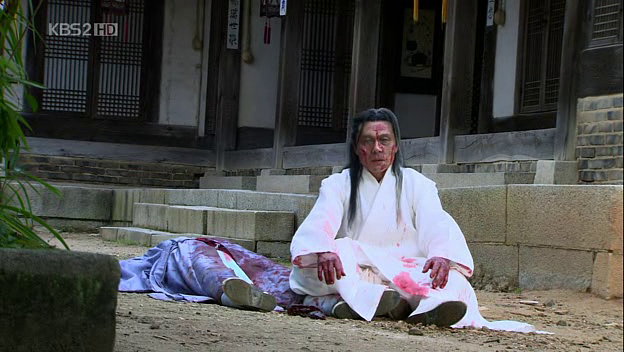 As for the animals – the reigning one is without any doubt fox. Gumiho. Treated either as the comical element disregarding the fact that in the lore gumiho is one of the most terrifying demons, or seen as the center of human hatred. In 2004 series, "Forbidden Love" ("Nine Tailed Fox") gumiho was living in the human world preserving the equilibrium between two worlds. We also had romance, police drama and social issues, and a very risky topic of human organ trafficking. In 2010 gumiho returned in "Gumiho: Tale of the Fox's Child" ("Grudge: The Revolt of Gumiho"), a very dark sageuk depicting ugly sides of humanity and motherly love that goes beyond worlds. Gumiho is also the main character in one episode of "Hometown Legends". Oh yes, and also "My Girlfriend is Gumiho" but let's not talk about this, OK? I haven't seen any other drama that deals with animals possessing supernatural abilities. Phoenix and dragon are mythology lore, so you excuse yourselves.

I'm not going to describe dramas that may be classified as fantasy, about "Jumong", his grandson, Ja Myung Go, etc. Why? Because: a) it doesn't belong to the category, b) may be described in a separated post. When talking about unexplained events that took place all around Joseon, one drama comes to mind almost automatically – "Joseon X-Files - Secret Book". It deals with phenomena that cannot be explained in a traditional way. We have weird occurrences here as well – but ghosts are not responsible for them. Most likely we are dealing with non-human beings that visited Joseon in their light-speed metal saucers. Not only, because we are also witnesses of shaman-possession, something that is indigenous to Korean mudangs and Siberian shamans as well. Plus, we even had a hint of what modern Physics calls a closed timelike curve (CTC). In "49 Days" a young girl was comatose. She was given 49 days to collect 3 pure tears so that she could regain consciousness. See, that was the case, not "she will live", there was only talk of her regaining the senses. This drama embraced two motifs – Norse mythology's Baldur's death and Buddhist belief that the soul wanders for 49 days after the death, before being sent in Netherworld. I wrote my own take on this drama after it ended, and I will write it one more time – it was something not seen often in Kdramaland. Bad ending? I don't think so.

If I forgot about other dramas that fit into this short outline on "supernatural" dramas, forgive me and please point me to them. Will be INFINITEly grateful^^'.

"Supernatural in Kdrama"
by HanCinema is licensed under a Creative Commons Attribution-Share Alike 3.0 Unported License.
Based on a work from this source