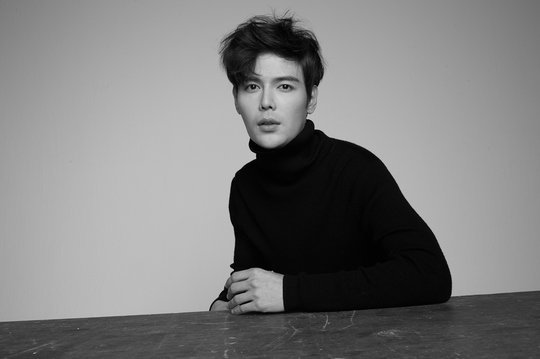 Supernova's Jihyuk has turned into an actor.

He's starring in the SBS drama "Alice" coming in 2020. "Alice" is a sci-fi human drama about a man and a woman who say goodbye for good, but reunite magically as they go over the boundaries of time and dimension.

Jihyuk takes on the role of inspector Hong Jeong-wook, detective Park Jin-gyeom's colleague. Hong Jeong-wook calls himself the best looking, but messes around when he's at work.

Jihyuk debuted with the group Supernova in 2007. Supernova is currently going all around Asia.

Jihyuk has a passion for acting and he has starred in the Korean drama "Bachelor's Vegetable Store", a Japanese movie called "A Love Song For You" and "The Language of Love".

Meanwhile, "Alice" is getting ready for its first take.

"Supernova's Jihyuk Dives Into Acting with Drama "Alice""
by HanCinema is licensed under a Creative Commons Attribution-Share Alike 3.0 Unported License.
Based on a work from this source