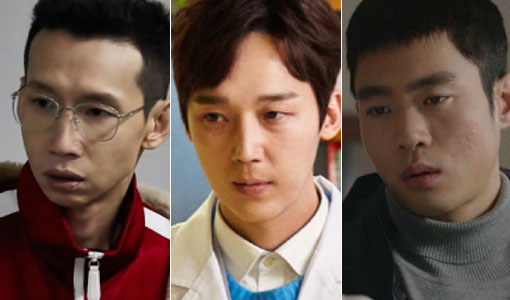 Bong Tae-gyu, Yoon Jong-hoon and Kim Dong-young are the subject of much attention in the SBS drama "Return", according to Sports Donga.

They are partly responsible for bringing the drama up to the extremely successful rating of 15.2% in a week since its start. They have given impressive performances and are just as important as the leads, Go Hyun-jung and Lee Jin-wook.

Bong Tae-gyu plays a betrayer. The playful actor has managed to transform himself into a chaebol with an aggressive personality. His unexpected performance increases anticipation for the drama.

Yoon Jong-hoon is a character with a twist. He is killed by his friends, but he turns out to be alive and viewers can't wait to see what he has to say. Yoon Jong-hoon continues to make a reputation for himself in continuation of his performance in "Answer 1994".

Surprising characters stand out in "Return", and Kim Dong-young is one of them. He's known as Ddong-bae in the drama and his role gets serious when he saves Yoon Jong-hoon who is thought to be dead. He debuted in 2004 through the movie "Once Upon A Time In Highschool" and "Return" is his third drama.