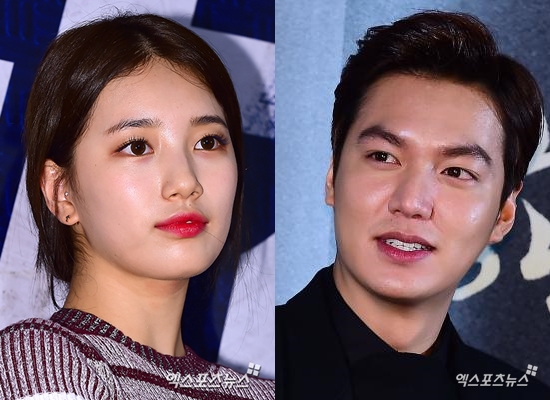 On September 22nd, an associate with Suzys agency JYP Entertainment told Xports News, "(She) is seeing Lee Min-ho well currently. The break-up rumor is not true".

An associate with Lee Min-ho's agency also briefly clarified, "The break-up rumor is not true at all. They are seeing each other well".

Earlier on the same day, a media reported that the two had ended their loving relationship and decided to remain as friends. According to the media, a mutual friend of the two had said, "It seemed that the two drifted apart naturally due to each one's busy schedule".

However, the agencies for Suzy and Lee Min-ho denied the rumor in an hour after the news broke.

Meanwhile, Suzy and Lee Min-ho had admitted their relationship in last March as they said they 'are continuing the relationship with good feelings for each other'

Lee Min-ho is currently busy with filming the Korea China joint film production, "Bounty Hunters" and Suzy is waiting for her movie "The Sound of a Flower" to be released.