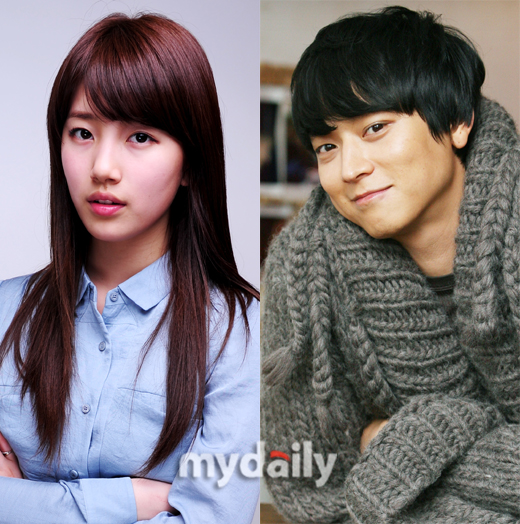 She appeared in an SBS radio and told Jung Sun-hee, the host about her well being and chit chatted.

When she was asked which celebrity star she wanted to meet the most was, she answered right away, Gang Dong-won. Min and Pei answered, Won Bin.

Suzy said, "Gang Dong-won's single double eye-lid is appealing to me. I watched the movie "JEON WOO CHI : The Taoist Wizard" 7 times just to look at him". She hoped they could go eat something nice if she was given the chance to meet him for a day.

Meanwhile, Miss A released their latest song "I'm Fine Without A Man" and came back for the first time in 8 months.

"Suzy, "Gang Dong-won is my ideal type, I watched "JEON WOO CHI : The Taoist Wizard" 7 times""
by HanCinema is licensed under a Creative Commons Attribution-Share Alike 3.0 Unported License.
Based on a work from this source