Suzy "I am speechless" 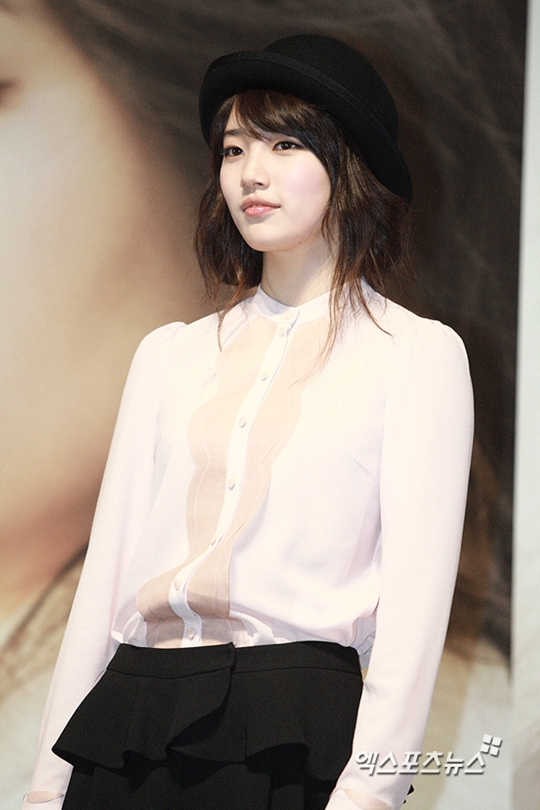 Miss A Suzy has been chosen as the idol with the best fundamental concept.

10 'Idols with the most fundamental concept' will be chosen in the MBC Everyone "Real Chart! Idol Self Ranking" which is part of a program called "Weekly Idol" to be aired on the 21st.

From IU who is young but makes believable statements, Onyoo who bows low down in greeting, Joseph from Beast who spreads the 'concept disease' and other idols should make up this ranking.

Miss A's Suzy will be chosen as number one and they say she's warm hearted as much as her face is pretty.

A Pink's Na-eun recommended Suzy recently saying, "She recently mentioned the contribution activities of a company".

Suzy said, "I am so touched I have no idea what to say".

Meanwhile, "10 Idols with the most fundamental concept" can be seen on "Weekly Idol" on the 21st.

"Suzy "I am speechless""
by HanCinema is licensed under a Creative Commons Attribution-Share Alike 3.0 Unported License.
Based on a work from this source