Suzy of Miss A to Appear in KBS Drama 'Big' 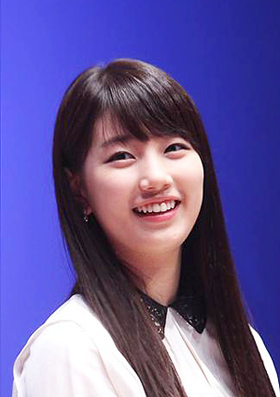 Suzy of the girl group Miss A will appear in the KBS drama "Big". According to the production company Bon Factory on April 16, Suzy will play a mischievous and cheerful girl named Jang Ma Ri, who struggles to keep her own boyfriend.

The romantic comedy drama "Big" will be written by the so-called "Hong sisters", who wrote hit dramas such as "You're Beautiful", "My Girlfriend is a Gumiho", and "The Greatest Love", and it will present an extraordinary story in which the spirit of a eighteen-year-old boy enters the body of a thirty-year-old doctor. Actor Gong Yoo will play the doctor with the soul of a teenage boy named Seo Yoon-jae, and actress Lee Min-jung Will play his girlfriend and temporary substitute teacher named Gil Da-ran. Suzy said, "When I heard the news that I was cast in the drama, I was very glad and could not even sleep well at night due to excitement. I have to learn more, but I will do my best to produce an excellent drama along with other senior actors".

Suzy has already been acknowledged as an actress due to her appearances in the drama "Dream High" and the movie "Architecture 101", and she hopes to become a successful idol actress with her appearance in "Big".

"Big" will begin airing from early June as a follow-up drama to "Love Rain". . [Yonhap]

"Suzy of Miss A to Appear in KBS Drama 'Big'"
by HanCinema is licensed under a Creative Commons Attribution-Share Alike 3.0 Unported License.
Based on a work from this source