Suzy's exceptional transformation in movie 'The Sound of a Flower' 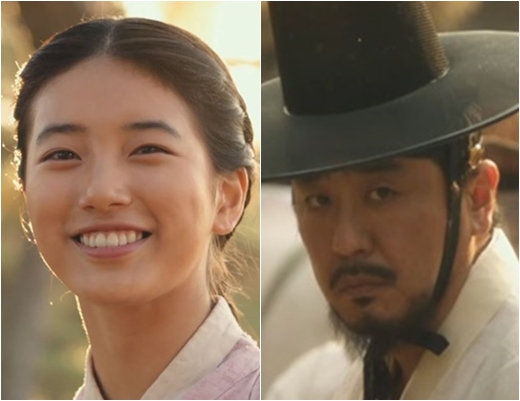 Movie "The Sound of a Flower" has set its release date as November 25th.

"The Sound of a Flower" depicts the untold life story of Joseon's first woman pansori singer, Jin Chae-seon (Suzy) and her teacher Sin Jae-hyo (Ryu Seung-ryong) in the year of 1867 when women were not allowed to become a pansori singer.

Suzy will present broad range of her acting performances from acting in men's clothing to performing pansori. In the past previously, her agency JYP Entertainment disclosed that she was learning pansori because it's the field she was interested in.

As Ryu Seung-ryong and Suzy joined for "The Sound of a Flower", the movie drew much attention from the early stage of the production.

In the teaser poster revealed on October 20th, Suzy smiles brightly because she was accepted to the pansori academy where no women were allowed, and the head of the academy Sin Jae-hyo looks solemn.

The movie title "The Sound of a Flower" is also the tile of the short pansori song composed by Sin Jae-hyo, of which lyrics compare Jin Chae-seon's beauty to the spring scenery with blossoms of peaches and plums. 'The Hym' will be released on November 25th.