T-ara apologizes after dispute over bullying 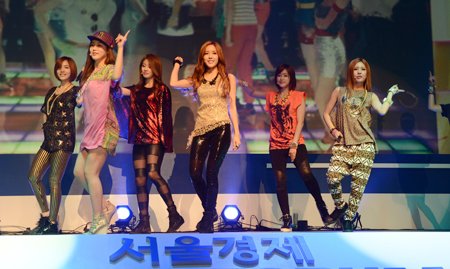 After a high-profile controversy about internal bullying, members of T-ara, one of K-pop's most popular girl groups, are asking for forgiveness.

The dance-pop act's management agency Core Contents Media posted Wednesday a scanned handwritten letter from the current members, the first public apology since the Twitter warfare last month ultimately ousted one girl out of the group.

"We deeply regret our foolish behavior, displaying our personal problems in the public domain instead of reconciling our differences between ourselves", they wrote in the statement on the agency's official website. "We truly apologize for our rash decisions".

Signs of animosity between the singers "Bo Peep Bo Peep" and "Lovey-Dovey" first appeared on July 25, when some of them tweeted cryptic words about "willingness" or a lack thereof. Hwayoung, the last to join T-ara in 2010, responded by saying, "There are some things that cannot be done with willingness alone", revealing that she was the target of the criticism. Three days earlier, she had injured her left leg while performing and since appeared in a wheelchair, which some fans interpreted as either the instigator or the cause of the disagreement.

Soon, the rumor about in-group bullying circulated on Internet forums, stirring a wide media controversy. On July 30, the agency head Kim Gwang-soo announced that Hwayoung's contract had been terminated.

But fans were not satisfied. For the next 31 days, T-ara, once a formidable K-pop hit machine, became the target of public scorn, with online petitions attracting over 330,000 signatures and the official fan club losing about 6,000 members, according to Yonhap and Agence France-Presse.

Some members who were signed to appear in TV dramas were forced to back out and were seen teary-eyed at press conferences.

After the handwritten statement went public, the reception has not been positive, both in the media and cyberspace.

"T-ara apologizes after dispute over bullying"
by HanCinema is licensed under a Creative Commons Attribution-Share Alike 3.0 Unported License.
Based on a work from this source