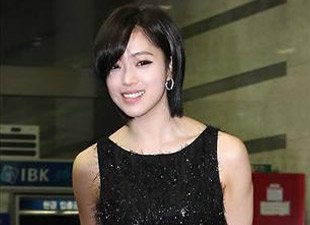 Already a familiar face in the drama realm, T-ara's Ham Eun-jung has been cast in another new role for the upcoming drama "Five Fingers".

Ham Eun-jung was a name on the list for the role, but confirmations weren't made. Until now. Core Contents Media confirmed on June 29th that the idol star will be playing the role of Hong Dami, a girl that is forced to give up on her own personal dreams due to difficult family circumstances.

"Five Fingers" is about youth that struggle to overcome their tragic pasts and obstacles, fighting to reach for the stars and see their dreams come true. Ju Ji-hoon is another name confirmed; he will be playing the main male lead.

Ham Eun-jung was debating on whether she should take the role or not, due to plans for T-ara's new album and ensuing promotions slated for the near future. However, she has decided to juggle both acts.

"T-ara's Eun-jeong Cast In New Drama "Five Fingers""
by HanCinema is licensed under a Creative Commons Attribution-Share Alike 3.0 Unported License.
Based on a work from this source