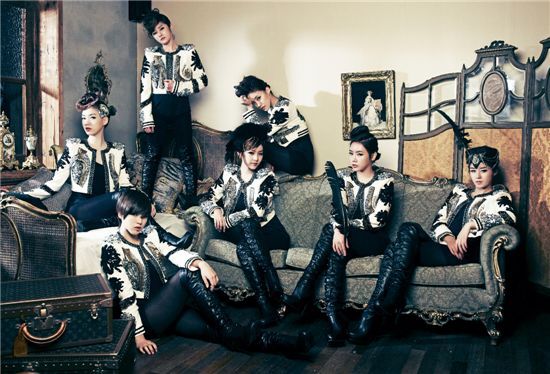 The girls, who made a comeback to the local music scene for the first time in almost a year, took first place with title track "YAYAYA" from their second mini-album titled "Vol.2 Temptastic" released December 1.

"We really didn't expect to win on our comeback stage and we are grateful to our staff members and E-TRIBE for giving us the song", their girls said after declared the winner.

The girls performed two songs for their comeback performance -- "YAYAYA" and "Why Are You Like That" from their digital single album which went on sale on November 23.

"T-ara takes 1st place on comeback stage "
by HanCinema is licensed under a Creative Commons Attribution-Share Alike 3.0 Unported License.
Based on a work from this source