T-money Makes Your Commute Go Round 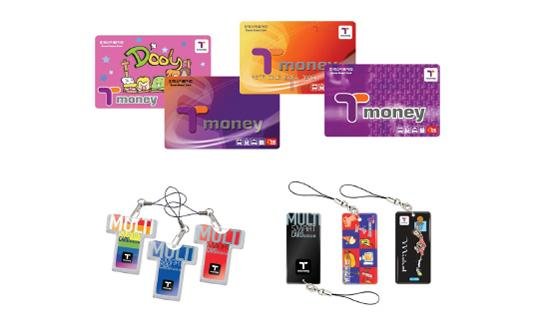 What has 436 stations and moves 8 million people a day? Why, Seoul's metropolitan subway system, of course! Seoul boasts a world-class subway system that's the envy of the modern world and a T-money card is your ticket to ride. Top-grade near field communication technology makes T-money a faster and easier way to pay for a ride than old fashioned paper tickets or metal tokens. Added bonus: You can use it pay for buses, taxis, and even a savory roll of kimbap at a convenience store.

Buying a T-money card is easy. It costs about USD 2.00 and you can pick one up at a convenience store or from a multilingual, automatic, touchscreen-powered, big blue machine in most subway stations. Pre-load the card with money and slip it into your wallet or purse.

You pay for a ride by tapping the card on the T-money sensor on subway gates or inside the door of a bus, first when entering and again when exiting. The electronic sensors can read your card through fabric, so you don't even have to take it out of your wallet, purse, or coat pocket.

Your T-money card keeps track of the distance traveled. So when you transfer between the subway and the bus with a T-money card, you'll get a 100 won discount. Taxis and convenience stores such as GS 25 and Mini Stop with the T-money logo will also accept this card as payment.

Seoul's longer term residents can even have T-money chips integrated into their credit cards, eliminating the need to pre-pay. You just see the total cost of your T-money purchases as a line on your credit card bill at the end of the month.

According to Korea Smart Card Co., the firm behind the entire T-money service, T-money is basically a radio frequency (RF) smartcard embedded with a central processing unit (CPU). It ensures security by using international and National Security algorithms. NFC is a set of short-range wireless technologies and usually only needs a distance of 4cm or less to initiate a connection. NFC is what allows the T-money card to establish radio communication with other devices.

With NFC technology, you're not limited to a traditional plastic T-money card, which is the size of a bank card. These days, smartphones like the Samsung Galaxy S come embedded with an NFC chip, so you can charge it with electronic cash and use it in the same way as a T-money card. (Tip: Download the T-money app for further convenience!). Many banks also offer this option on debit and credit cards. 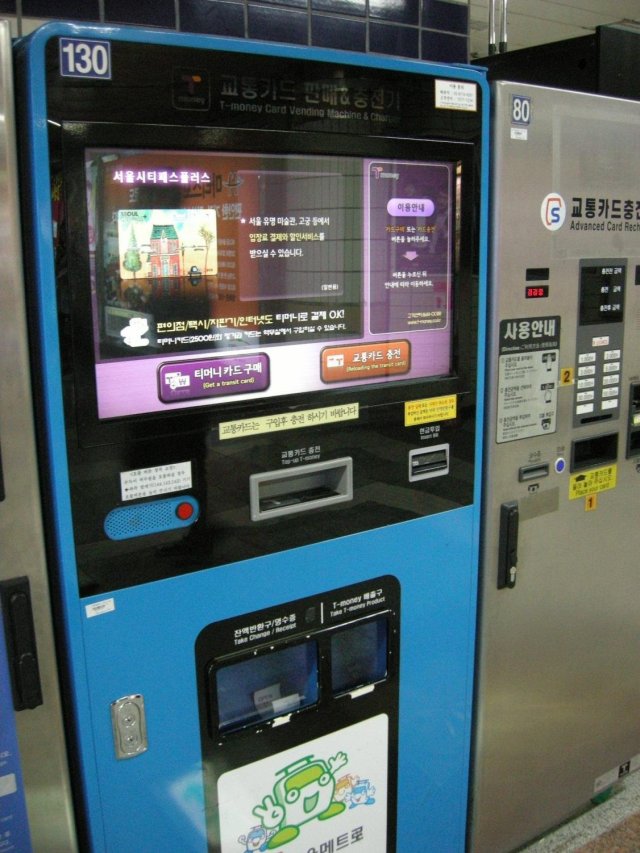 Koreans More Ready than Ever for Mobile Payments

South Korea is identified as one of the countries that is most prepared for mobile payments in the world. T-money's advance into daily life is evidence that consumers are switching to this way of payment. Increasingly, the trend for Korean society is a convergence of life's activities to focus on the mobile phone. People are not only paying their transit fares, but also buying goods, downloading entertainment, and staying in touch with others all in one place with their mobile phones.

About the author by Anna Sohn

I'm a New Jersey girl with a lifelong fascination with Korea, my motherland. In 2011, I moved to Seoul and I've enjoyed living in this wired and fast-paced city ever since. I'm excited to share the latest tech and design developments I encounter in Korea and hope you enjoy the AT&D blog as much I enjoy writing for it!

"T-money Makes Your Commute Go Round"
by HanCinema is licensed under a Creative Commons Attribution-Share Alike 3.0 Unported License.
Based on a work from this source