Taetiseo's 'Twinkle' Soars Up Charts as Girls' Generation Branches Out 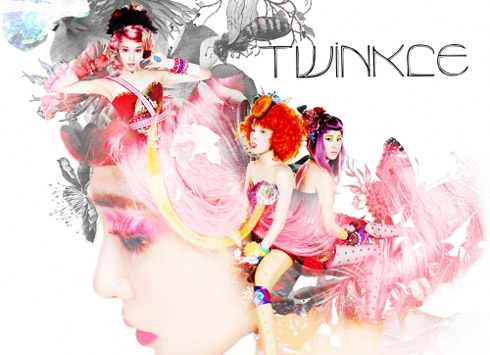 Taetiseo, the unit group of Girls' Generation, on Monday released the music video for "Twinkle", the title track of their first mini-album. The group, comprising Tae-yeon, Tiffany and Seohyun, will perform for the first time on cable music channel Mnet on May 3.

Earlier last Friday, the group revealed teaser images of Taeyeon on YouTube, followed by clips of the other two members -- which garnered 11.47 million total hits as of Monday.

Upon its release Sunday, "Twinkle" immediately jumped to 4th place on U.S. iTunes' album charts, marking the first time a Korean album has achieved the feat. It also drew enthusiastic responses from domestic fans and topped many Korean music sites.

As the size of Asian idol groups swells, so-called unit groups made up of several members of the original band are sprouting up to focus the attention of fans on two or three core members whose exemplary talents may be obscured by the larger outfit.

SM Entertainment, the girl group's agency, said the three members were picked because they possessed outstanding vocal abilities and their voices best fit the song.

"Idol groups are producing unit groups to reveal new sides and charms of their members, free from the fixed image of the original group", said a music industry insider.

SM Entertaiment said, "Tae-yeon, Tiffany, and Seohyun are expected to display their vocal abilities and musical talents to the full through the activities of Taetiseo", adding that various unit groups will be formed with other members of Girls' Generation in the future.

Big Bang's GD&TOP, made up of G-Dragon and Top (Choi Seung-hyun), and After School's Orange Caramel, comprised of Park Soo-young-II, Nana and Raina, are other notable examples of Korean unit groups that have achieved success recently.

"Taetiseo's 'Twinkle' Soars Up Charts as Girls' Generation Branches Out"
by HanCinema is licensed under a Creative Commons Attribution-Share Alike 3.0 Unported License.
Based on a work from this source