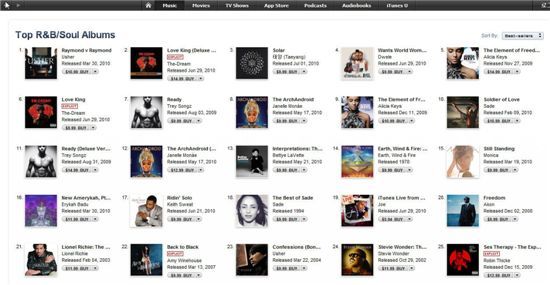 According to a press release by agency YG Entertainment on Friday, Solar came in at No.1 on Top R&B/Soul Albums chart of Canada iTunes and No. 3 on the U.S. site. It is the first time and the highest that an Asian artist has ranked on either charts.

YG explained that Taeyang's iTunes chart entry may be considered significant for two major grounds; first, the album was recorded in Korean and sold in English-speaking countries, not to mention the U.S. being the biggest pop market in the world. And secondly, one must have a billing address in the U.S. and Canada to make a purchase on iTunes, meaning it would have been impossible for fans in Korea to buy the singer's album.

The deluxe edition of Solar, a limited 30,000-copy release, sold out when it hit the stores in Korea on July 1. The regular edition will be out in stores today.

" Girl " claimed the No. 1 title on Mnet music show "M! Countdown", which aired yesterday, and its music video will be unveiled this afternoon.

Born Dong Young-bae, Taeyang was the first Big Bang member to debut as a solo artist, releasing his first mini-album "HOT" in May 2008. The album produced two hit singles "Prayer" and "Look Only at Me".

He also released two digital singles "Wedding Dress" and "Where U At" last November.

"Taeyang makes shining debut on iTunes overseas"
by HanCinema is licensed under a Creative Commons Attribution-Share Alike 3.0 Unported License.
Based on a work from this source