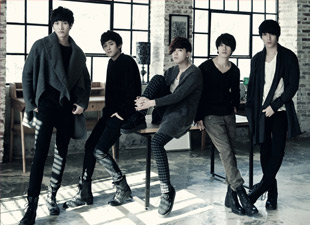 Popular band FT Island has been taking Taiwan by storm.

Their song "Grown Up" from their "Severely" album hit number one on the country's K-Pop Singles chart and the Most Sold K-Pop Albums chart on G-Music's "Kuang Nan Record" and "eZPeer+". FT Island also reigned at top of the K-Pop music chart for MTV Taiwan.

The boys of FT Island just wrapped up their concert in Los Angeles which was a joint effort with CNBLUE. Their next task? Their Asian tour.

"Taiwan Severely Loves FT Island"
by HanCinema is licensed under a Creative Commons Attribution-Share Alike 3.0 Unported License.
Based on a work from this source