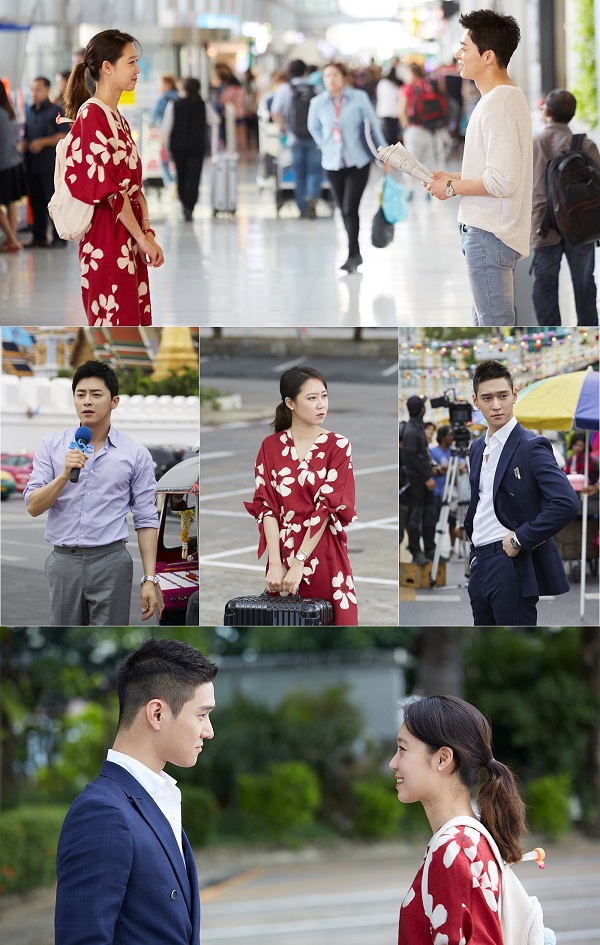 Drama fans can take a sneak peek in the fabulous sweet chemistry of love triangle among "Incarnation of Jealousy" cast.

The drama team has revealed several behind-the-scenes images from their abroad filming in Thailand. As Gong Hyo-jin (Pyo Na-ri), Jo Jung-suk (Lee Hwa-sin), and Go Kyung-pyo (Go Jeong-won) have already pre-informed the drama fans of the three different sets of fiery and heart-pounding, the three stars finished filming the scenes in Thailand, which are significant in terms of igniting the romance among the three characters.

An associate with the production team said, "Due to the humid warm temperature in Thailand, it wasn't that easy to continue filming. However, the actors encouraged each other and committed themselves to create the romantic scenes that will make the drama fans want to be in love with someone for sure. We're confident that the viewers will experience their heart pounding watching these scenes. Please do not miss the first airing of the drama".

SBS new Wednesday & Thursday drama, "Incarnation of Jealousy" will begin after "Wanted" has wrapped in August.

"Take a sneak peek into 'Incarnation of Jealousy' filming in Thailand starring Gong Hyo-jin, Jo Jung-suk and Go Kyung-pyo"
by HanCinema is licensed under a Creative Commons Attribution-Share Alike 3.0 Unported License.
Based on a work from this source