[Talk Star] Go Joon-hee, "I am an honest woman when it comes to love" (Interview) 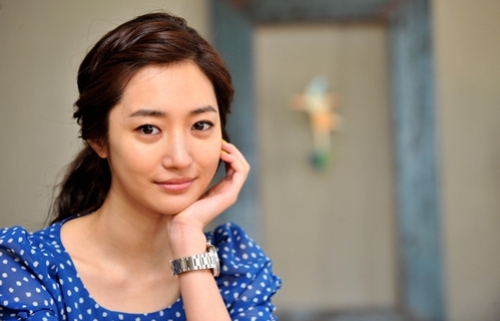 Come back with movie "Drifting Away" and drama "Can You Hear my Heart".

Actress Go Joon-hee is aiming for the films and home screens at the same time.

Debuting with drama "I Run" in 2003, she built her acting career through "Fox, What Are You Doing ??", "General Hospital 2", and movie "Girl Scout" and is now returning in 3 years with movie "Drifting Away" and new MBC drama "Can You Hear my Heart?"

She is feisty and unpredictable Dan-bi in the movie and falls in love with 'sold out guy' Chan-young (Lee Kyun) whom she acts in the theater with.

In "Can You Hear my Heart", a follow up of "Flame of Desire", she is a career woman who is very city like and bold, like Go Joon-hee herself.

"The scenario was interesting and I liked the Dan-bi character. I have always been a model, a stewardess or a very city like career woman but this character looked just right for me age and I wanted to try it out".

-Are you similar to the '4 dimensional' Dan-bi?

"I am honest like her. If I like or don't like something, it's all over my face. Dan-bi asks Chnag-young to tell her he loves her in a supermarket. I think anybody would want to know if they are being loved or not. I also have had an experience like that.

-Did you not understand anything?

"I didn't understand why I liked this guy even when I knew we couldn't be together. Anybody would dream of a happy future when meeting someone, but Dan-bi had to think of goodbye when she started. I have also never liked a married man so I asked the director a lot of questions and in the end he just told me to be a normal and honest woman in my 20s". 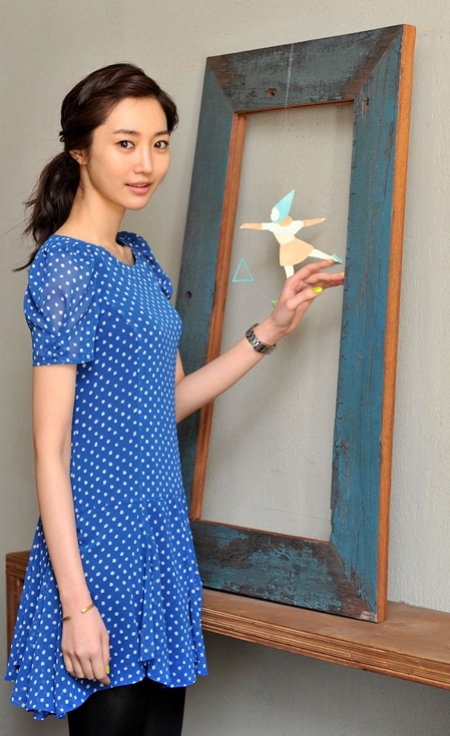 -Have you ever fallen in love with your opposing actor while working?

"I don't confuse reality and drama. I am loyal to my role and love my opponent as much as I can. I have never once confused drama for reality. I also like a normal person rather than an actor for my boyfriend".

-How was it working with Lee Kyun?

"Kyeon is really cute. His image from "Hello, Francesca" is really strong but he is a serious person. He has a lot of thoughts. I feel weird acting with Kyeon who isn't much older than me after working with seniors like Go Hyun-jung and Kim Jung-eun".

-What's your role in drama "Can You Hear my Heart"

"In the synopsis it says I'm a 4 dimensioned but city like career woman. She became a doctor because she was smart but she likes make up so she becomes a make up researcher. Her bold and sexy attractions are something women would like".

"I shot movies, "YeoSoo" and "The Tower" and went to South East Asia last year. People say the term is too long but I don't think that way. I wanted to come back but I tried being positive. It's not something I can do by being greedy". 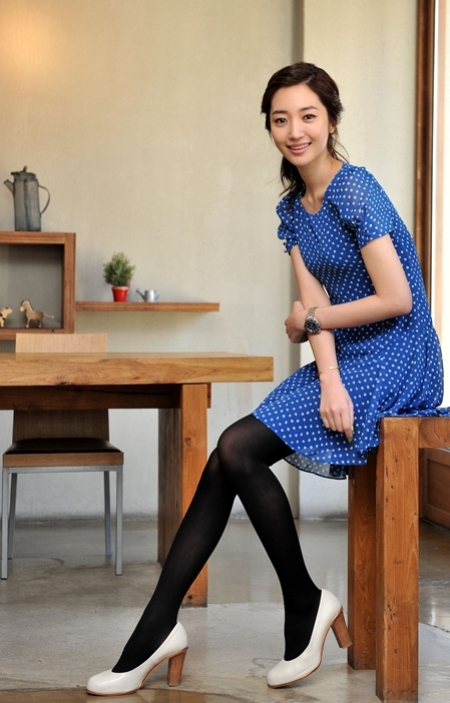 "[Talk Star] Go Joon-hee, "I am an honest woman when it comes to love" (Interview)"
by HanCinema is licensed under a Creative Commons Attribution-Share Alike 3.0 Unported License.
Based on a work from this source