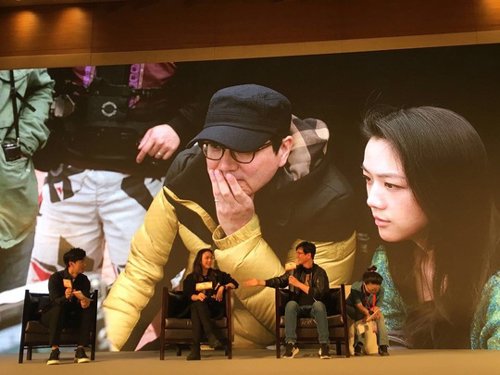 Actress Tang Wei joined forces with her husband Kim Tae-yong to film the music video for her upcoming film, her management agency said in a press event in Beijing last week.

The music video for the sequel of the 2013 film "Finding Mr. Right", a romantic comedy inspired by "Sleepless in Seattle" was filmed in Hong Kong in just one day.

"We rushed to shoot the music video due to the time constraint, but Kim who knows and understands me best makes things quick and easy", Tang said.

"I like her voice and her singing", Kim said. "Now she is my wife, and she still makes my heart flutter.

The film is set to hit theaters in China later this week, and the music video will be released in Korea as well.