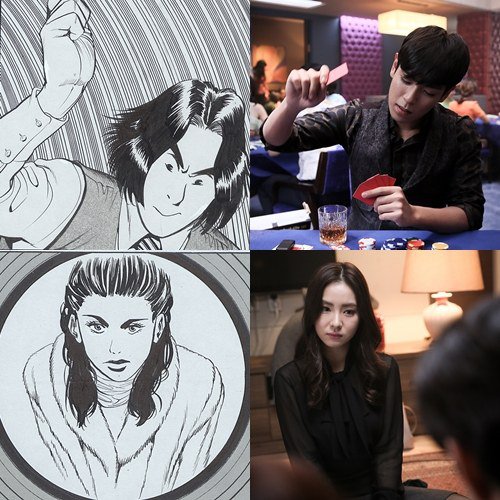 The original comic and movie of "Tazza: The Hidden Card" showed amazing synchronization.

Movie stills were released of comparative pictures from the comic.

In the picture are dynamic Dae-gil (Choi Seung-hyun), Jang Dong-sik (Kwak Do-won) a money lender who has a pair of cards in his hands, Mina (Shin Se-kyung), Dae-gil's first love, Woo (Lee Honey), a fancy looking woman of Kangnam House, Ko Gwang-ryeol (Yoo Hae-jin) who's returned to gambling for the first time in 8 years, and more.

"Tazza: The Hidden Card" was created by Huh Young-man and with his original came along director Kang Hyeong-cheol who recreated the movie into an intense film. It is highly expected to be a great hit this Chuseok.

Meanwhile, "Tazza: The Hidden Card: The High Rollers" is the story of Goni's nephew who is just like his uncle and joins the gambling world. To be released on the 3rd of September. 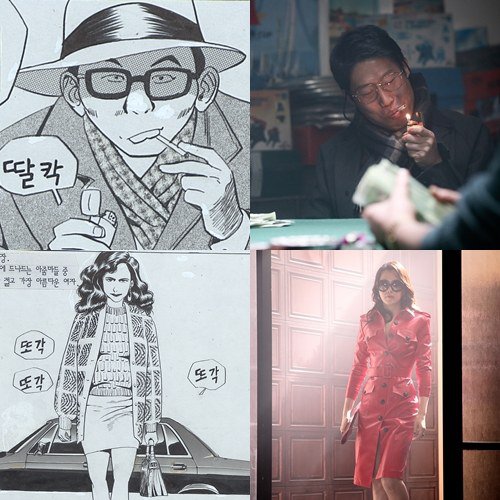 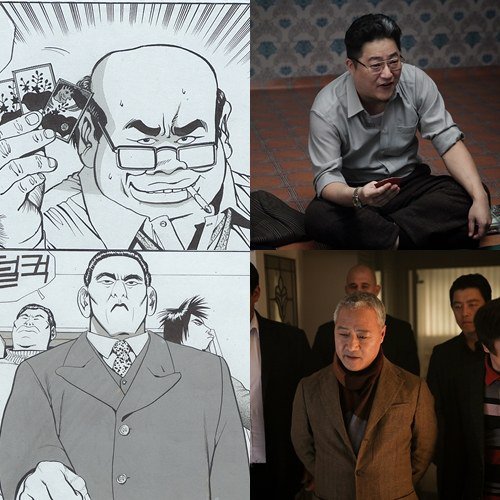 ""Tazza: The Hidden Card": comic vs. movie "
by HanCinema is licensed under a Creative Commons Attribution-Share Alike 3.0 Unported License.
Based on a work from this source