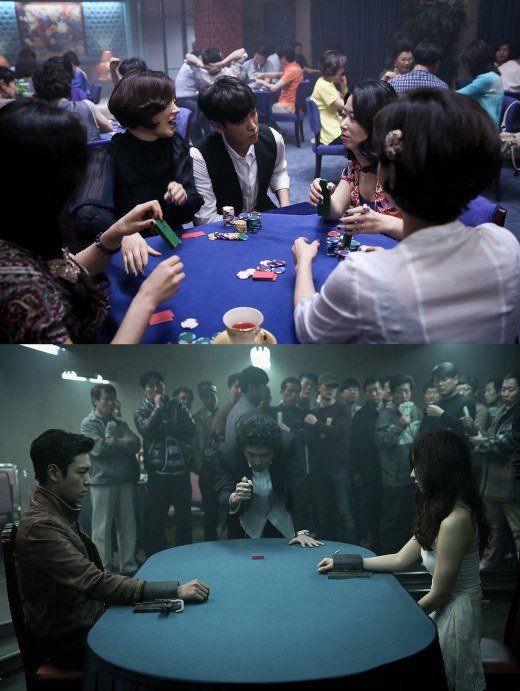 Behind-the-scene clips of 'the house' in "Tazza: The Hidden Card" were revealed.

Art director Kim Si-yong claimed he referred to many noir movies from the 60s to 80s to create 'the house'. It's a place where people play Go Stop and he was inspired by the bright colors.

The director said, "The ghost house concept was hell. Somewhere you can't come out of once you go in. So I reflected the 60's feel to it and made it seem dreamy".

About the Agwi house, he said, "I wanted to give the feel of somewhere between heaven and earth".

Hong Seung-cheol, the lighting director said, "The lights are adjusted according to the characters' mood. The Gangnam 'house' has bright colors and Agwi's house has a noir feel to it".

""Tazza: The Hidden Card" the 'House' revealed"
by HanCinema is licensed under a Creative Commons Attribution-Share Alike 3.0 Unported License.
Based on a work from this source