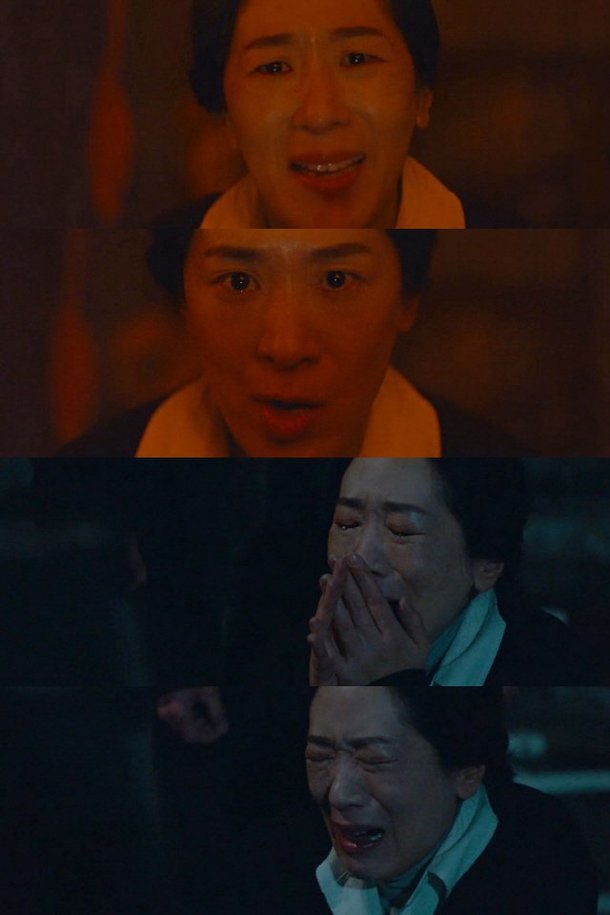 Actress Baek Ji-won's excellent performance in "Tell Me What You Saw" was exceptionally thrilling.

In the latest episode of the OCN drama "Tell Me What You Saw", Baek Ji-won made a special appearance as a kidnapper named Kim Na-hee. At first she seemed like a gentle lawyer with her own beliefs, but there was a twist, as her character was gravely delusional.

Kim Na-hee had a young son who she lost to an accident 5 years ago, but she couldn't accept that he was gone. She was under the impression that Gil Hyeon-soo (Kim Tae-yool), who was kidnapped by Noh Sang-cheol (Jo Wan-ki) was her son, so she killed Noh Sang-cheol and kidnapped the child herself.

The twofold behavior by Kim Na-hee who refused to accept the truth was depicted by Baek Ji-won's seasoned experience. She appeared to be a gentle mom in front of the child, but if he resisted or interfered with her happiness, she reacted rashly.

From the sixth to the eighth episode, Baek Ji-won defined the fine line between good and evil until the end. The truth of her child's death hit her once she was arrested and she broke down crying so sorrowfully.

Baek Ji-won, who has become irreplaceable for her performances in "Encounter", "The Fiery Priest", "Be Melodramatic" and "Miss Lee", proved her name worthy once again in "Tell Me What You Saw".

Baek Ji-won returns with a new character in the new KBS 2TV drama "Once Again" in March.

""Tell Me What You Saw" Baek Ji-won Shows Exceptionally Thrilling Acting"
by HanCinema is licensed under a Creative Commons Attribution-Share Alike 3.0 Unported License.
Based on a work from this source