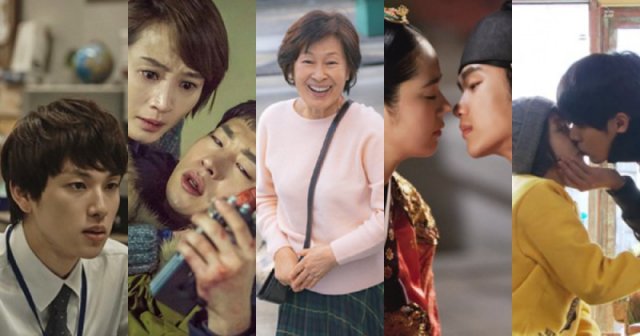 The Republic of Korea is the 'republic of dramas'. There are 20 or more dramas airing every week and they can be seen on TV anytime. Some smile and some cry because of them. The 2010s are not an exception. Numerous dramas flickered and numerous more stars were born. The pop culture team of the Munhwa Ilbo selected the 10 best dramas that heated up the 2010-2019 period in terms of ratings, headlines and expert recommendations. 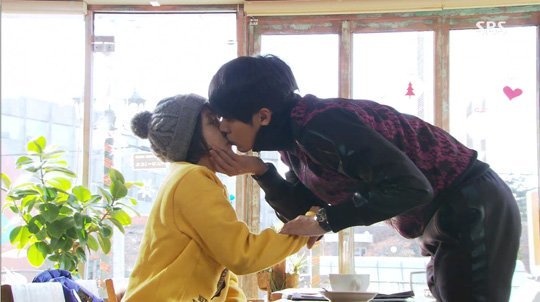 - "Secret Garden" (SBS 2010): A fantasy drama realistically portraying a man and a woman who change bodies

This drama gave birth to the classic line "Is this the best you can do?" and recorded a shocking viewing percentage of 35.2% on the final episode, splendidly opening the 'generation of dramas' of the 2010s.

This fantasy romantic comedy based on the idea that the bodies of a woman and a man have been switched, the solid storyline, the outstanding directing of Sin Woo-cheol and the amazing performances by Hyun Bin, Ha Ji-won, Yoon Sang-hyun and Kim Sa-rang perfected the drama. Hyun Bin led the play's fun by naturally using unique dialogue, while Ha Ji-won portrayed a simple and innocent character by showcasing high-level action.

The drama is based on the romance of a poor woman and a second generation chaebol, but it deviated from the typical dramatic formula and realistically portrayed fateful love, which is what moved the viewers. Everything the characters ate, drank and wore in the drama sold out like crazy and even the OST topped the music charts. 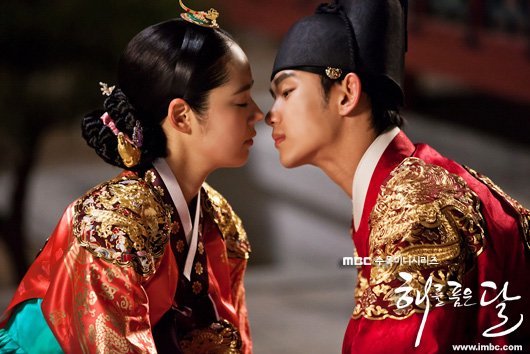 This drama changed the flow of Korean sageuk. Unlike previous historical dramas that built up imaginative stories based on historical facts, "The Sun and the Moon" was free from ths controversy over historical accuracy, and doubled its dramatic fun.

As a result, it recorded 42%, an unusual viewership rating for a weekly mini-series. "The Sun and the Moon" also broke the prejudice that historical dramas are mainly aimed at middle-aged viewers. Placing actors Kim Soo-hyun, Jung Il-woo and Han Ga-in, who were in their mid 20s, in the lead, it drew in the younger audience. It became a stepping stone for the success of young historical dramas such as "Sungkyunkwan Scandal" and "Moonlight Drawn by Clouds".

"The Sun and the Moon" became the cradle for stars as well. Actors Yeo Jin-goo and Im Si-wan, who played the younger versions of the characters Lee Hwon and Heo Yeom, were put in the spotlight and have now become well-respected leading actors. 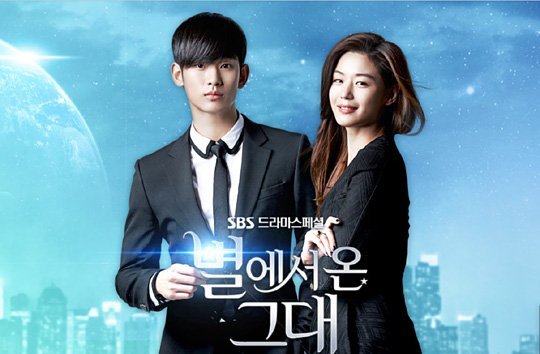 If "Winter Sonata" sparked the Korean Wave, or Hallyu, in Japan in the early 2000s, "My Love from the Star", a fantasy drama starring actors Kim Soo-hyun and Jun Ji-hyun, is considered to have settled the Hallyu in China. Chinese tourists flocked to the country in the wake of the drama, and Jun Ji-hyun's favorite food, chimaek (chicken + beer) became a sensation in China.

"My Love from the Star" was exported to China at around $30,000 per episode, and the Korean drama market expanded rapidly. Actors IU and Lee Joon-gi's "Scarlet Heart: Ryeo" was shipped to China at a price of $400,000 per episode, which is 13 times more expensive than that. Also, after the drama's success, fantasy has emerged as a main genre of dramas.

The love story between a chaebol man and a poor, but vigorous woman had been replaced by the love of aliens, vampires and goblins with human women. 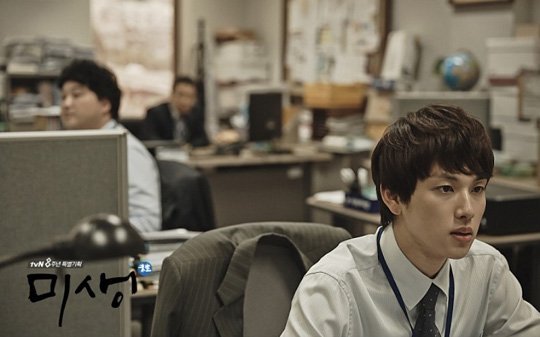 This drama broke the tradition of dramas. Until then, most dramas had been engaging in revenge, infidelity, and comedy with the appearance of chaebols, doctors and other professions. However, "Incomplete Life" starred an ordinary office worker as the leading character and focused mainly on the daily lives of normal people. In the past, such a 'boring' drama would have been difficult to see overcome the broadcasting threshold. However, as the original webtoon gained great sympathy among office workers and revealed its specialty in everyday mediocrity, it gained 'sensation-like' popularity among viewers.

Viewers discovered someone in the way new recruit Jang Geu-rae (Im Si-wan) showed frustration at work, but somehow found a way to get back up on his feet again; they discovered themselves. Going in and out of the office, the meeting room and even the rooftop for a break with their passes hanging around their necks was all too familiar. It was this connection that got through to the viewers, as well as director Kim Won-seok's delicate directing. 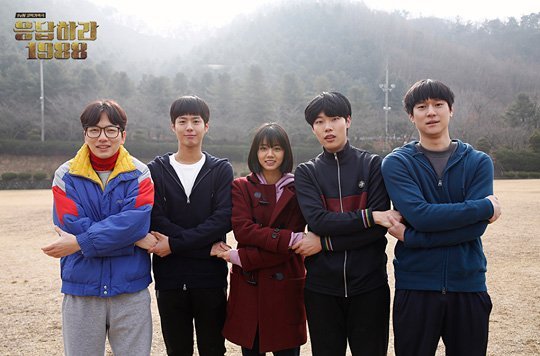 There were a total of 3 "Answer Me" series; 1997, 1994 and 1988. As the titles symbolize, the visual background was the most important element of these dramas. The backgrounds reminded everyone of the past. The greatest event in 1988 was the Seoul Olympics. It realistically shows how ordinary people connected within this amazing event. The viewers used to get nostalgic at the visual reminders of the dramas.

It was also fun looking at the trends and items according to these generations. For example, the dial phone, the cassette tape Walkmans, the rice holder, and the video tapes presented nostalgia to the 40s to 50s and curiosity to the teens and 20s. 1988 is the best out of the three, mostly because of youth icons Park Bo-gum, Ryu Jun-yeol, Go Kyung-pyo, Ahn Jae-hong, Hyeri and Ryu Hye-young. The collaboration between Sung Dong-il and Lee Il-hwa, and Kim Sung-kyun and Ra Mi-ran was also the best. 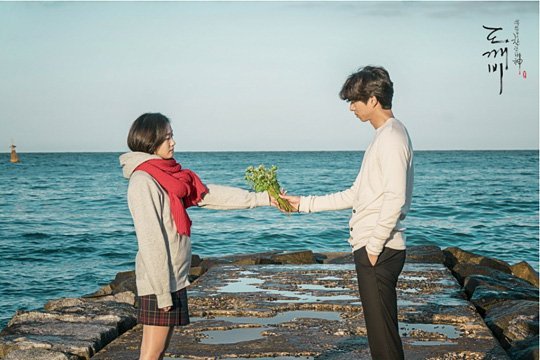 This 'mysterious romantic tale' holds the record of highest viewing percentages in cable drama, with 20.5% in the final episode, and it became one of the best dramas of the 2010s. It depicts what happens when a goblin who needs a human bride to end his immortal life and a girl who claims to be a goblin priest appear before an Angel of Death with amnesia. This is because it is based on Korean elements and has a fantasy romantic comedy genre that connects with people all over the world. The drama's charm is that it captures the unique emotions and philosophies of the past life, reincarnation, karma, and the unique Korean samsara by using transcendent existence. 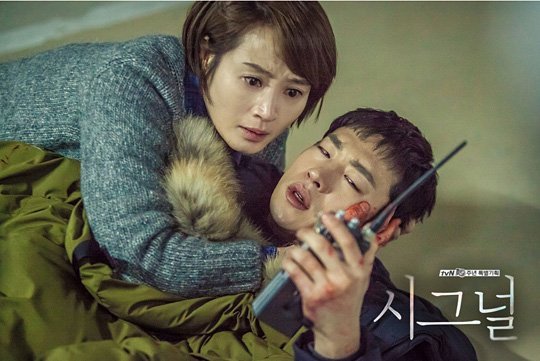 - "Signal" (tvN 2016): The perfect harmony of story, directing and performance

This drama was like refreshing rain for those who were tired of romance. Writer Kim Eun-hee-I, who had been writing genre dramas such as "Sign" and "Three Days", was noted for her strong narrative and thorough production. The performances of Kim Hye-soo, Cho Jin-woong and Lee Je-hoon added to lifting the quality of Korean drama once more.

Based on the motif of the Hwaseong serial killings, the drama was recounted in September, when the murder suspect, Lee Chun-jae, was arrested. 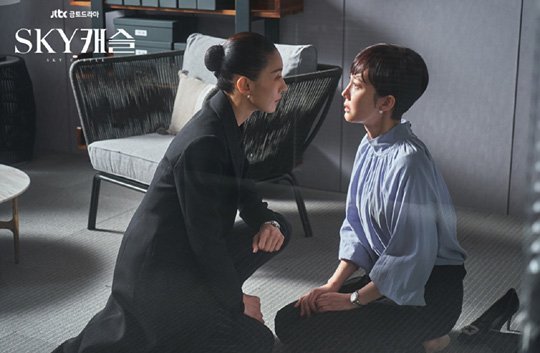 It was the highest rated drama amongst all general service channels. The final episode recorded a shocking 23.8%. Then there were "SKY Castle" parodies everywhere last winter. It was expected to be an 'academic' drama about teens and their lives at schools. However, the drama packed a punch for viewers with its unexpected twist. It wasn't just about students and schools. The reality of education in Korea, which struggles with college entrance exams, was clearly shown. The top 0.1% education system, which no one wanted to believe, was just mind-blowing. Viewers were able to look back on themselves and their families in the face of parents who would do anything for the sake of those entrance exams. 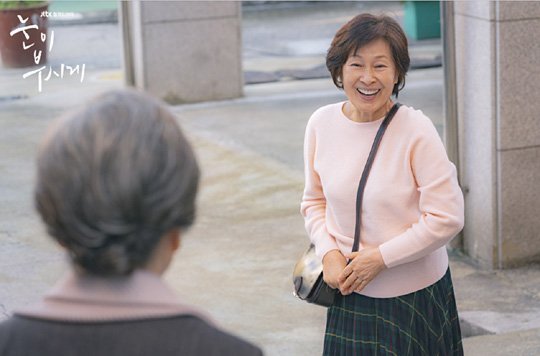 - "The Light in Your Eyes" (JTBC 2019): A shining youth with a speechless-leaving twist

This drama became a standard for well-made dramas. The drama, which drew attention from the beginning of its broadcast, also received recognition for its work, and left a deep message. The drama started off with the look of youth, which is so beautiful that it's sad, reminding everyone that there was a time when their eyes were blindingly beautiful with a dramatic twist.

In the beginning, the drama was about 25-year-old Hye-ja (Han Ji-min and Kim Hye-ja), who suddenly grows old due to a clock turning back time. However, the drama later revealed that it was all a fantasy created through the imagination and memories of an old woman with Alzheimer's. Kim Hye-ja showed the quality of an actor through the drama. She reminded many people just how precious life is through her narration, "There wasn't a single day that wasn't dazzling". 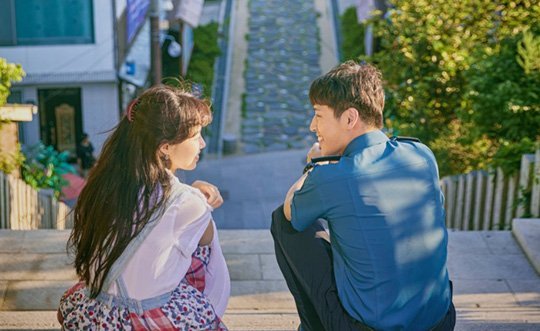 - "When the Camellia Blooms" (KBS 2019): A simple story without garnish

Dominated by provocative plots and excessive settings, it seems like a drama can't survive without that extra twist in this drama market. There is no superhero in this drama. But there is the police. There is no chaebol, but there are many people with a rich heart. Just like a winter-tolerant camellia blossoms, people living in the fictional city of Ongsan seek mediocrity. There is a daily routine in which one listens to each others' small thoughts, even if there is no particular story. There is a serial killer named 'Kabul', but the residents of Ongsan are neighbors who protect each other.

The drama poses the question, "How can a person be a miracle to another?" Even without any miracles sent from heaven, the little things that we do for each other can come together and create something miraculous. It is all the more welcome, as this case shows, that people can cry and laugh even without grand stories.

"The 10 Best Dramas of the 2010s According to the Munhwa Ilbo"
by HanCinema is licensed under a Creative Commons Attribution-Share Alike 3.0 Unported License.
Based on a work from this source