"The Accidental Detective 2: In Action" releases on June 22 in U.S. & Canada 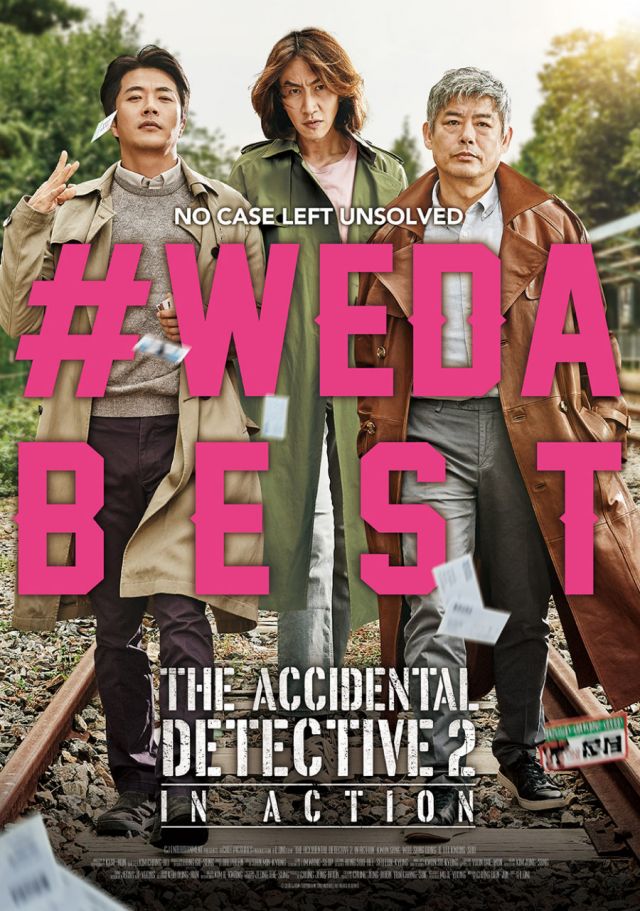 "The Accidental Detective 2: In Action" South Korean Action Comedy Releases in the U.S. & Canada on June 22

"The Accidental Detective 2: In Action", South Korea's newest detective comedy to premiere in North America, will make audiences laugh this summer. The film is a limited release and will be showing in select theaters beginning June 22, 2018.

A comic book storekeeper, Dae-man (Kwon Sang-woo), and the legendary homicide detective, Tae-su (Sung Dong-il), who met on a previous case quit their jobs to open the very first private detective agency in Korea. Despite their high hopes, they soon find themselves with only trivial cases such as spouse infidelity, unpaid debt, and missing cats. Then one day, a woman walks into the office, wanting to find the truth behind the death of her fiancé. Not only that, she also offers them a handsome reward of 50,000 dollars. Dae-man and Tae-su see it as an opportunity to put their true detective skills to work. They bring onboard a third member, Hopper (Lee Kwang-soo), a Mensa genius and a small-time online private eye, and together they launch a full-fledged investigation on the case. As they dig into what initially appeared to be a straightforward case, disturbing new evidence turns up.

"The Accidental Detective 2: In Actionn" is directed by Lee Eon-hee, and stars Kwon Sang-woo, Sung Dong-il, and Lee Kwang-soo. It is distributed by CJ Entertainment and produced by Cree Pictures.

""The Accidental Detective 2: In Action" releases on June 22 in U.S. & Canada"
by HanCinema is licensed under a Creative Commons Attribution-Share Alike 3.0 Unported License.
Based on a work from this source