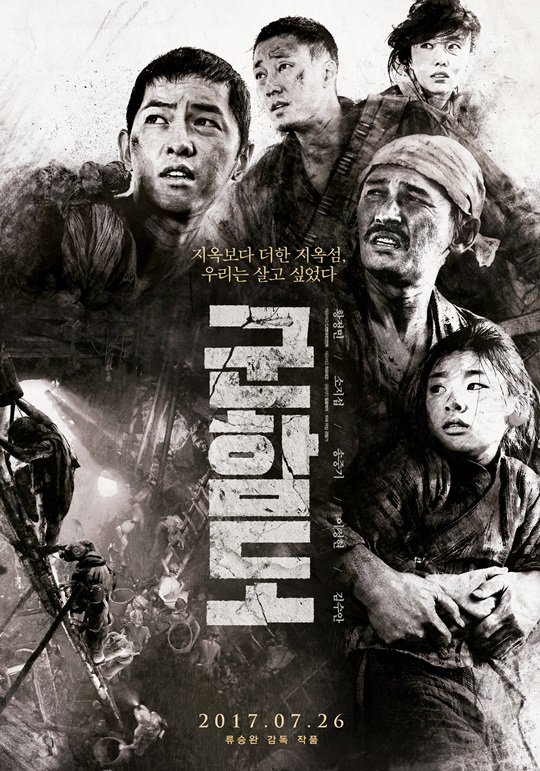 According to the Korean Film Council, "The Battleship Island" has an accumulated audience views of 6,308,046 over the nine days since its release.

"The Battleship Island" is not even close to the breaking point, which is about 8 million views, within a 7 million minimum.

The clear break-even point figures are no longer meaningful because the firepower of the movie has already dropped. Profit can only be promised if the movie goes over 10 million viewers.

As a result of the issues surrounding "The Battleship Island", including screen monopolies, Kang Hye-jung-I, the director of the production company, and film director Ryoo Seung-wan have recently announced their withdrawal from various film industry associations.

""The Battleship Island" drops to 3rd place "
by HanCinema is licensed under a Creative Commons Attribution-Share Alike 3.0 Unported License.
Based on a work from this source