"The Battleship Island" Ryoo Seung-wan, "I thank the supporting actors, much respect" 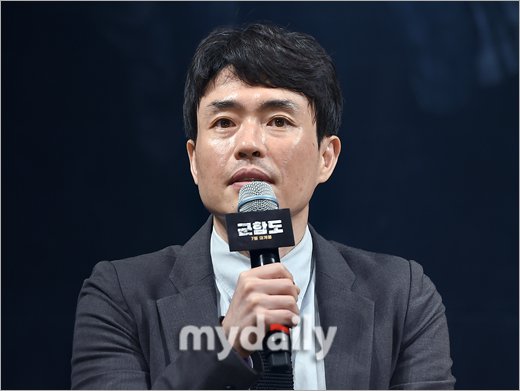 Director Ryoo Seung-wan expressed his gratitude to the supporting actors.

The showcase for the movie "The Battleship Island" was held on the 26th. Director Ryoo Seung-wan and actors Hwang Jung-min, So Ji-sub, Song Joong-ki, Lee Jung-hyun and Kim Su-an were there.

Director Ryoo Seung-wan said, "The food back in those days was terrible for the Josun and the Japanese. They didn't have enough supplies and we had to reenact that. We call the 'extra' people in the movie 'supporting actors'. We cast all the supporting actors ahead of time, even those who would only be seen as a speck in the distance. They had to be careful of their diet along with the main cast to look desperate. No one got enough carbohydrates or sugar during that time".

"7,000 or so people went through difficult times. Still, I was grateful when they didn't mind getting dressed down for the scene where they go through physical examination. I was surprised by them. When the call for 'shoot' went out, several hundreds of people repeated it at the same time for everyone to hear".

"There are some people who appear more in the movie than Hwang Jung-min. 38 people lasted until the very end. I thanked them personally and told them we wouldn't have come this far if it wasn't for them. I wish I could have made them feel more comfortable but still, I respect them for helping me make such a good movie".

""The Battleship Island" Ryoo Seung-wan, "I thank the supporting actors, much respect""
by HanCinema is licensed under a Creative Commons Attribution-Share Alike 3.0 Unported License.
Based on a work from this source