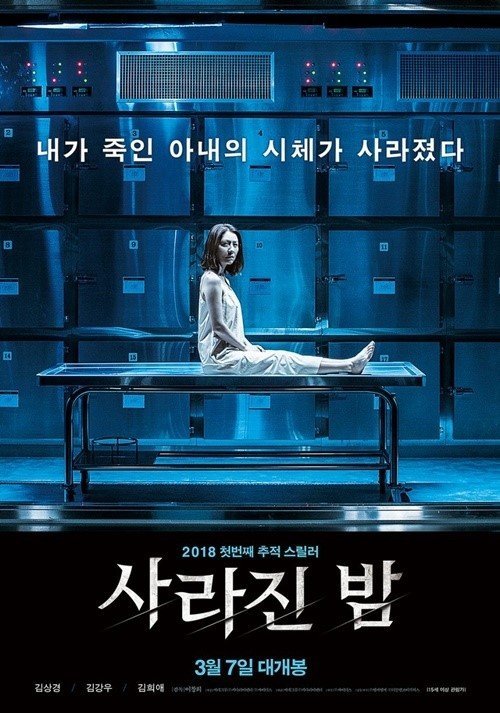 "The Body" remains undefeated in the second week since its release.

According to the Korean Films Commission, "The Body" gathered 54,084 audience memebers just on the 13th alone and has accumulated 768,222 total.

"The Body" is a thriller about a body disappearing from the morgue starring Kim Sang-kyun, Kim Hee-ae, and Kim Kang-woo.

""The Body" Leads the Box Office for the Second Week in a Row"
by HanCinema is licensed under a Creative Commons Attribution-Share Alike 3.0 Unported License.
Based on a work from this source