"THE CHASER - Drama" ends in success 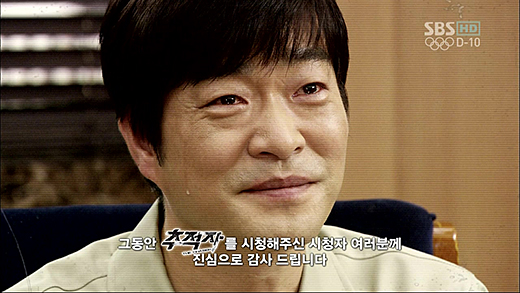 SBS drama "THE CHASER - Drama - Drama" ended in success and with a new record.

The plot behind the accident that was the starting point of Baek Hong-seok's (Son Hyun-joo) daughters death, Kang Dong-yoon's (Kim Sang-joong) fall out from the presidential election and everything else, was revealed.

Baek was able to clear his daughter's name but he was charged with murder, escape, insulting the court and other matters. The court Baek, "We understand your anger in having lost your daughter's death but the law doesn't allow self-help" and gave him 15 years. However, his dead daughter Soo-jeong appeared in front of him and said, "Thank you Daddy, you're not guilty".

""THE CHASER - Drama" ends in success"
by HanCinema is licensed under a Creative Commons Attribution-Share Alike 3.0 Unported License.
Based on a work from this source