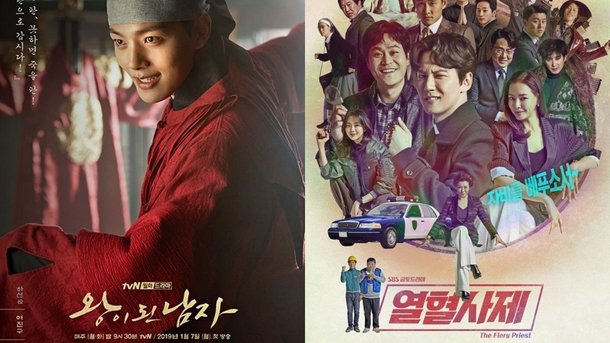 PD Kim Hee-won-II and writer Park Jae-beom-I are coming back with a new drama.

TvN sources told YTN Star that, "PD Kim Hee-won-II and writer Park Jae-beom-I are coming back with "Vincenzo". They are in the early stages of discussion".

The drama "Vincenzo" is about a mafia consigliere who comes to Korea from Italy due to conflicts within the organization, gets linked with a veteran evil lawyer and embodies justice in a villain's way, advocating a social comedy genre.

"Vincenzo" stars Vincenzo Cassano as the main character, a Korean who was adopted to Italy when he was 8 years old.

Vincenzo Casano is a brilliant, eloquent speaker with negotiating skills and charisma, a consigliere, and even a lawyer. After coming to Korea, he meets Hong Cha-yeong, a self-righteous lawyer who even sells her soul to win a case, and unintentionally solves a case with her.

""The Crowned Clown" PD and "The Fiery Priest" Writer Joining Hands for "Vincenzo""
by HanCinema is licensed under a Creative Commons Attribution-Share Alike 3.0 Unported License.
Based on a work from this source