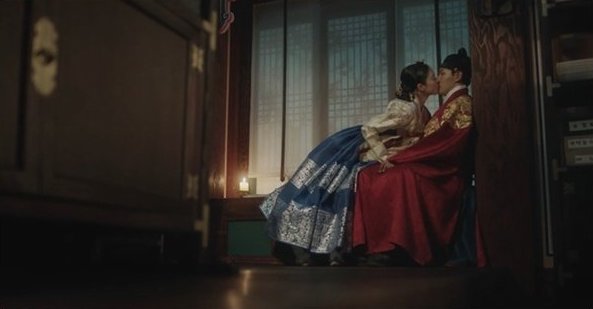 Some reviewers are calling tvN drama "The Crowned Clown" better than the source film, "Masquerade".

The drama did not cast Yeo Jin-goo (Ha Seon / Lee Heon) as Gwanghae-gun to avoid the shackles of historical accuracy. It was also not tied to the Joseon era. Thus, a romantic scene like the one where Lee Se-young as Yoo So-woon kissed Yeo Jin-goo as Ha Seon first was born.

The drama took a completely different path from the original, drawing a waking character of Kim Sang-kyung (Lee Gyoo). He killed the real king Lee Heon, but the viewers understood that he chose the people instead of the king.

The end of the drama resolved any remaining oppression; the rebels failed and Yeo Jin-goo yielded the throne. He lost people precious to him and almost lost his life, but he returned to being an ordinary peasant, meeting Lee Se-young again.

The drama shone even more thanks to director Kim Hee-won-II. He used a classic soundtrack to make Yeo Jin-goo and Lee Se-young's romance even more endearing. The seriousness was felt in epic scenes such as the extremely tilted angles and the aerial shots with drones.

""The Crowned Clown" Rivals "Masquerade""
by HanCinema is licensed under a Creative Commons Attribution-Share Alike 3.0 Unported License.
Based on a work from this source