The Dark Side of Korean Drama - Part 1 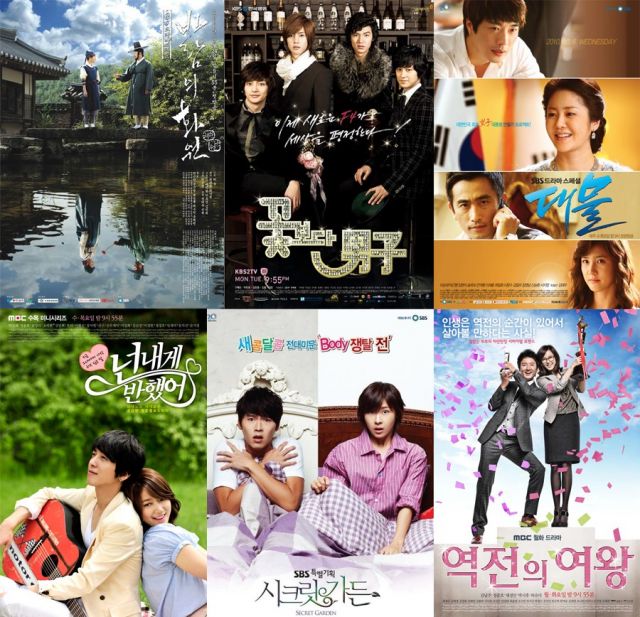 It's no big mystery, by now, that celebrities are having it rough in Korea. Singers and actors alike. These problems are also present in the kpop industry, but others are better equipped to talk about those than I. So I will be focusing on actors for this article, especially those who work in television. A tough place to be, for an artist. I will also talk about these issues in general, as well as in relation to the actors.

The problems with television are indeed many and they all have their reasons, their guilty parties and their own impact on the lives of the people they touch. They also have ways to be dealt with and people who can do that. People with power to effect change and improve both actors' lives and the industry as well. But I will talk a bit about the major problems in this post. The working conditions, the issue of quality, censorship and playing it safe and the spoiled and cruel audience.

This is a big article so I am splitting it in two parts. This week, I will talk about the working conditions and quality, censorship and playing it safe with cliches and plot recycling.

Not limited to television only, but this is extremely and disturbingly common there. You have surely heard about such things before. Words like "IV drip", "collapsed", "car accident", "fainted" and such are pretty common in the news about series and actors in Korea.

And these come every few weeks. One of the really big ones was the Han Ye-seul "scandal", when the woman up and left the series "Spy MyeongWol" because she couldn't take the filming conditions, lies and abuse anymore. Of course, she paid for it and the ones who drove her to it are the poor victims of her arrogance. She demanded to be treated like a human being and left when they didn't comply. How scandalous of her! What a horrible person, to care for her well-being more than she does for spoiled brats who watch the show and a crew/cast which would sooner hang her than support her in something they themselves must be suffering from. Lack of respect from peers and being treated like a slave on set is one issue that exacerbates filming for many actors. Or did you think those smiley faces in NGs and behind the scenes footage are what the filming is always really like? 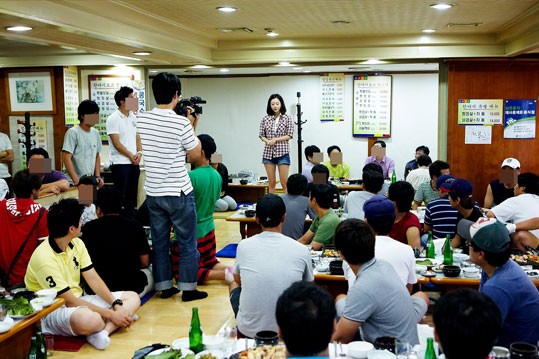 She apologized, in front of cameras, for the trouble she caused. But did anyone apologize to her?

Another very disturbing event lately was Song Ji-hyo's severe reaction to stamina boosting drugs. She could not cope with filming "Gyebaek" and had to drug herself up to handle it. I know the defenders of this inhumane way of doing things will say "It's just vitamins and legal medications", but let's face it; they are drugs to boost your stamina and make you burn yourself out later, rather than sooner. So, because she probably took one too many of those, she developed an allergy to them. She ended up with an oxygen mask, hospitalized and in terrible condition because of it.

Ha Ji-won recently used a slightly more tactful and light way to talk about this issue. She said she often faints on set and has to secretly do IV drips in order to cope. She may not be one to complain too much, but saying such things with a smile is really sad. It's sad that she has to say them that way in order to not get in trouble with anyone. And we're talking about an actress who has won awards for her work and should demand and be given respect.

Car accidents is another plight brought upon productions due to the hectic schedule. When you attempt to drive to the set in a rush and without sleep, such things happen. Accidents, be they traffic ones or on set, happen and when people are dead tired, they happen more often. When money and attention are being channeled to surface treatments and not the safety and well-being of the people involved, they happen. Very often. We've seen plenty of such articles, many of which can be found at the end of this one.

These are the problems of live filming and unfinished work. Series in Korea are being filmed while being aired. Why? Because if netizens don't like something, the production can change it right away. To heck with the integrity of the story or creative team behind the series. Fangirls don't like "oppa's" hair so we have to change it. Halt the filming! Korean series are 2 hours of content each week and filming never stops. Most leads are lucky to grab a couple of hours' worth of sleep, usually while on standby for a scene, in a car or even during filming. And because of this fatigue and other reasons, they have to do scenes over and over again, causing their physical condition and emotional well-being to deteriorate further. 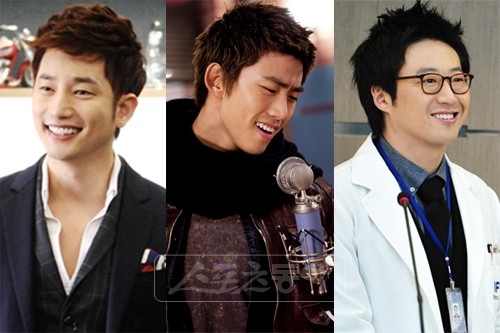 Don't even get me started on the "filming in winter with spring collection clothes on" issue...

Quality, Censorship and Playing it Safe

Well, that one has been quite the theme and issue with many of us lately. There are many ways in which the quality of most Korean dramas suffers, but censorship, going cheap and the unwillingness to break cliches because they sell are definitely among the biggest issues.

Overly zealous control happens in many forms. From the more obvious ones, like censorship, to downright trying to pass off one's values as the truth or what should be right. From not allowing gay couples to be married on-screen or blurring a blade because all the death and terminal illnesses and betrayal and abuse don't matter as long as we just don't show a knife or much blood, to "guiding" the entire theme and behaviors of the characters to paint the picture that is "acceptable" by those in charge of making the series "socially acceptable". 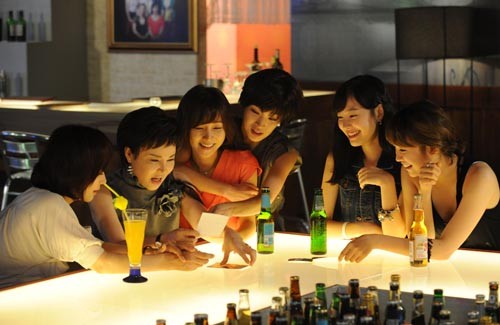 How many times have we witnessed the "respect" for parental and family authority over people's lives? How many leading men treat the women they love and many others like dirt because their mother, father, grandaunt or second cousin thrice removed does not approve of their marriage or relationship? A divorced woman being presented as impure and tainted is also nothing unknown to Korean dramas. Abusing women is certainly acceptable there, as it seems men have the right to pull and push and shove them as long as they do it with "passion". And women are allowed to torture men by demanding they are always Mr.Perfect and not even taking care of their human needs by denying any contact until marriage or almost-marriage status. Just like men who aren't rich and haven't gone to a fancy school can be shown as useless or hicks.

But this is not how people living in any modern society should be encouraged to function. Especially people of younger ages like the audience. Neither are they silly innocent kids that need or want protection from something. Also, trying to raise a generation by the rules of the previous one is generally a mistake. The world changes fast. Furthermore, no matter what your values are, you have no right to force them upon any series maker, actors who have to act them out or even the audience. Especially when you allow things to happen which flat out contradict your own preaching of "innocence" and "protecting pure viewers". 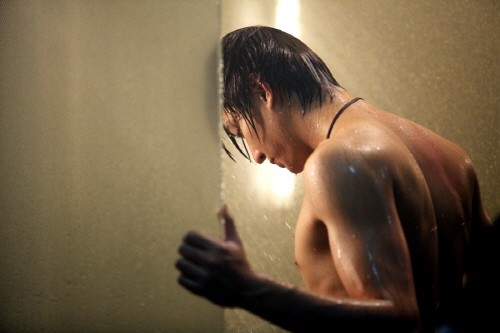 Protecting viewers by means of stripping every hot guy in every drama, to boost sales

But it is not all censorship though. It's also true that some things have been done so much and have had bored audiences hooked so badly that they just keep being used by writers or productions just because they work and bring ratings. Because ratings seem to be all that counts in Korea. That is how a channel will support a series. If the ratings aren't good, they don't get support. The writers and directors are also being blackmailed, in that sense, by the audience and channels.

So, we end up with the rich chaebol type and the spunky girl, we end up with every family drama going down the same "family and intrigue bring problems to the union" road and everything seems to be lacking originality and any kind of attempt to say something worthy or do something unforgettable. 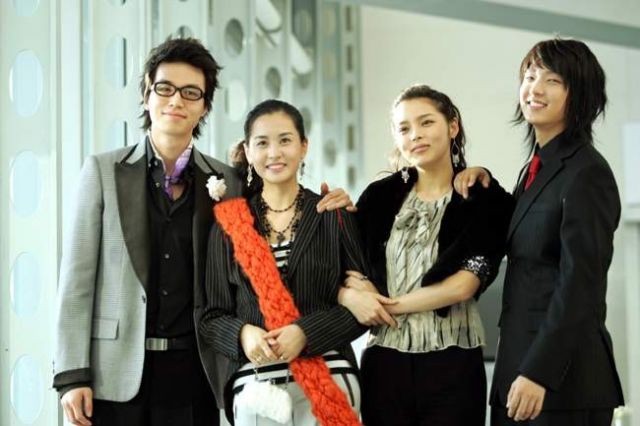 My Girl Over Flowers, You're Beautiful anyone?

Actors are told to act a certain way because it will "sell" and they are forced to sometimes limit themselves so that someone else will shine (someone the series is trying to promote) or so that the audiences will get more of what they are used to, what their brain doesn't need to process and what they demand.

For any actor who loves their work and wants to be the best they can, it's a torture not letting them do just that. For any person who is an artist, limiting them and forcing them to give less than what they feel they need and want to give is like clipping their wings.

But there is also another culprit in all these problems. The audiences. I will be talking about those next week, along with commenting on some potential solutions to these problems and giving a few closing comments to this ongoing and very sad side of Korean entertainment.

Some (not all) of the pieces in mind when writing this one that aren't found in the article itself:

- Han Ye-seul "Up and apologizing"

- 'The Han Ye-seul case' will it lead to a drama revolution?

- Actors shiver in the cold

- "A Thousand Kisses" gets a warning

For more on my subjective views, unmoderated swearing and kooky behavior, you can visit my Blog: http//orion21.blogspot.com