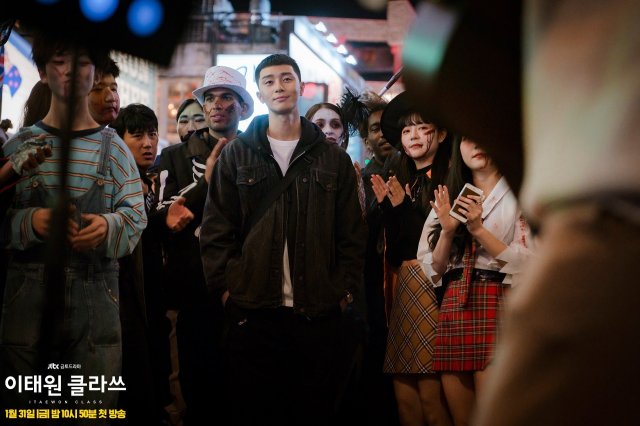 "You don't need to explain yourself to others for being you".

It is one of the most famous lines from the jTBC drama "Itaewon Class". It is what street pub owner Park Sae-ro-i (Park Seo-joon) said to Ma Hyeon-yi (Lee Joo-young) when she came out as a trans woman to everyone. Those words were meant to give comfort and dignity to a hurting Ma Hyeon-yi. Park Sae-ro-i's face changed when he embraced her. He looked determined to protect his employee.

This scene shows the character of Park Sae-ro-i plainly. He is convicted to trust his people no matter what the crisis is and his heart refuses to waver to the world's prejudice. This solidity is expressed through Park Seo-joon's kind-looking face.

Maybe it's the short hair, but every single expression and emotion on his face is more transparent in "Itaewon Class". When no one steps out to save the weak from the strong, he does. He doesn't give in to a grown-up's pressure to kneel even when he has done nothing wrong. He doesn't know how to put on a fake face. 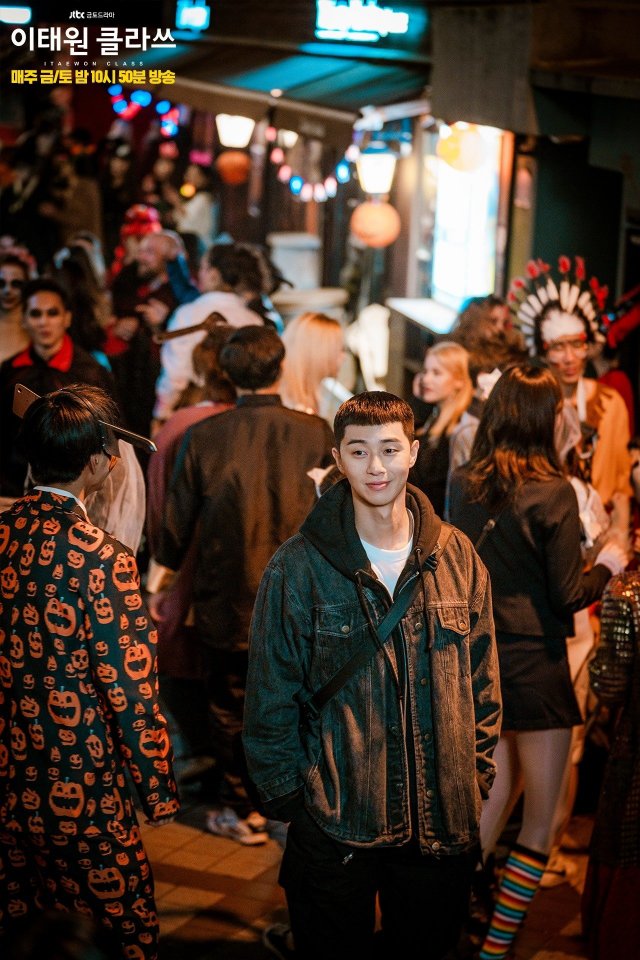 He sticks to his principles even when he is convicted and put in prison. When Choi Seung-kwon (Ryu Kyung-soo) tries to pick a fight with him while he's reading, Park Sae-ro-i says, "I don't want you defining my values". He remains un-wavered. In fact, he looks more determined. To Kang Min-jeong (Kim Hye-eun), he says, "I want to live a life where there is no price in my belief, for it is natural that I am the main character of my life".

Park Seo-joon's version of Park Sae-ro-i's youth is defined by belief. He doesn't hesitate no matter what anyone says and moves forward. He doesn't negotiate with reality sometimes and that can be frustrating, but it's people that fill up that space anyway.

Before in movies and dramas, 'youth' meant doing something on his or her own. However, Park Sae-ro-i's youth has people. He knows how to comfort a struggling employee and shows his trust. He's a leader who walks hand-in-hand with those who need it.

Park Seo-joon, who takes on such youth, infuses facial expressions into his character with the faces he has made through various works so far. His face, which seems to have grown up well, and his honest, serious look are added to smoothly express the unfair and desperate gaze of his youth. It is the face of Park Seo-joon, a youth who comforts us, showing us that it is okay to go through a fall and stand up process every day.

"The Ever-Changing Park Seo-joon"
by HanCinema is licensed under a Creative Commons Attribution-Share Alike 3.0 Unported License.
Based on a work from this source