The expectations on MBC from "Goodbye Mr. Black" to "Lucky Romance" to "W" 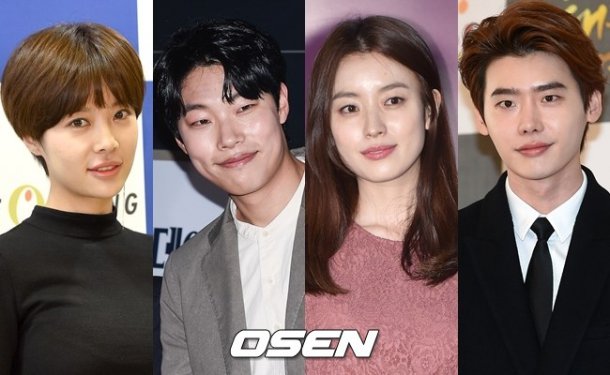 It's getting heated up already. From casting to script reading, every single thing is being focused on. Currently in the lead, "Goodbye Mr. Black" is being followed by "Lucky Romance" and "W".

The greatest interest at the moment is which drama will be the next one closest to the syndrome that KBS 2TV drama "Descendants of the Sun" created. Currently, it's "Goodbye Mr. Black" that's in the lead.

Of course, there is only a 1% difference with the number one and second positions so there's no great competition there. It is presumed that many viewers have just broken away from the time frame along with the end of "Descendants of the Sun".

The follow-ups to "Goodbye Mr. Black" are expected to take the responsibility. The casts are solid and only the 'best' have come together. Will MBC be able to take the lead for the rest of the year?

It's a big deal enough that Hwang Jung-eum and Ryu Jun-yeol from "Answer Me 1988" are coming together. "Lucky Romance" is a web-toon based comedy drama about a woman who believes in fortune telling and a man who is absorbed in science.

Han Hyo-joo was recently seen on entertainment television and Lee Jong-suk is just a trusted actor. "W" goes back and forth reality and virtual reality. The source of the drama alone is already drawing in attention and so do the staff. Song Jae-jeong who wrote "Nine: Time Travelling Nine Times" and "Queen In-hyun's Man" is in charge of the storyline and director Jeong Dae-yoon from "She Was Pretty" is in charge of the directing.

"The expectations on MBC from "Goodbye Mr. Black" to "Lucky Romance" to "W""
by HanCinema is licensed under a Creative Commons Attribution-Share Alike 3.0 Unported License.
Based on a work from this source