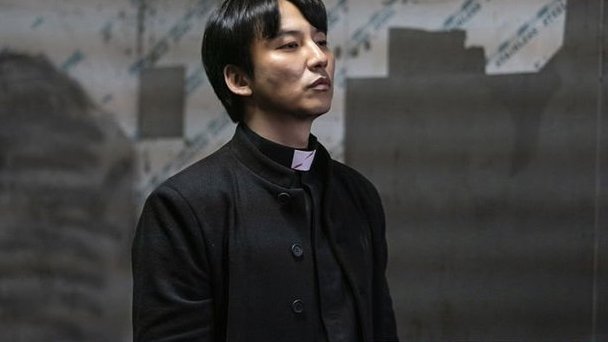 The main cast of the new SBS drama "The Fiery Priest" revealed what they believed to be the key points of the story. Kim Nam-gil shares his vision of the drama.

"The Fiery Priest" is a comedic crime drama about a catholic priest with anger management issues and a detective from the Gudam Police Station who meet during their joint investigation into the murder of an elderly priest. It is written by Park Jae-beom-I, directed by Lee Myeong-woo, and stars Kim Nam-gil, Kim Sung-kyun, and Lee Hanee.

◆ Kim Nam-gil: "The drama is entertaining and has a message".

He revealed what he believed to be the key point: "I would like to bring up widespread problems in our society through Hae-il and tell the stories of individuals or minorities who have been sacrificed for the benefit of certain groups. I'm hopeful for the fact that we can even bring up these problems and resolve them together. The drama contains entertainment, but I hope you'll be interested in the message that we have in our laughter".

""The Fiery Priest" Key Point: Kim Nam-gil"
by HanCinema is licensed under a Creative Commons Attribution-Share Alike 3.0 Unported License.
Based on a work from this source