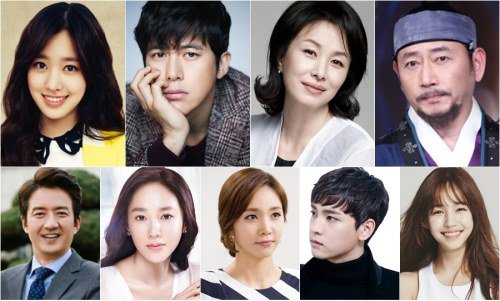 "The Flower in Prison" has completed its casting.

"The Flower in Prison" is an adventure historical about a genius girl born in prison and a mysterious character named Yoon Tae-won directed by Lee Byeong-hoon and written by Choi Wan-gyoo. Its unique genre increases expectations and the lineup just adds to the excitement.

Jin Se-yeon takes on the role of Ok-nyeo, the girl born in prison. She's built her filmography with dramas like "Doctor Stranger", "Inspiring Generation" and more. How she will evolve in the hands of Lee Byeong-hoon is also something to look forward to.

Go Soo takes on the role of the mysterious guy named Yoon Tae-won. He has been in dramas such as "Piano", "The Age of Innocence" and much more which had led to his reputation as a trustworthy actor.

Meanwhile, "The Flower in Prison" begins in April.