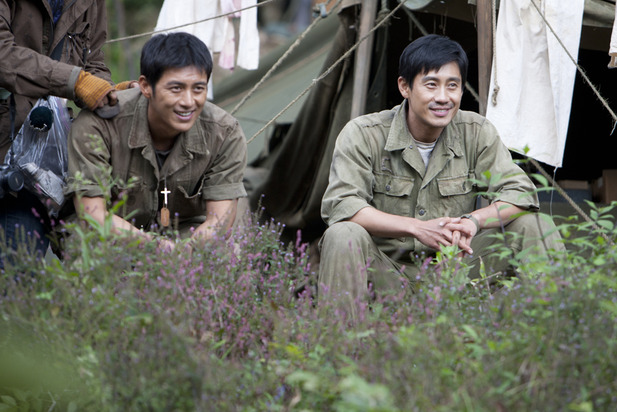 The film is about North and South Korean soldiers battling over a small patch of mountainous terrain and the complicated relationships that grow between them. The Front Line is also the Republic of Korea's entry to the Academy Awards Foreign Language Film nominations.

In the Grand Bell Awards Best Film category, "The Front Line" was up against "Arrow, The Ultimate Weapon", "Sunny - 2010", "The Unjust", and "The Yellow Sea".

Director Kang Hyeong-cheol won Best Director with his sleeper hit "Sunny - 2010" about a group of women who reunite as part of a dying friend's wish and in the process, remember the heady and dangerous days they spent together in high school and what pulled them apart.

Best Actress went to Kim Ha-neul for her performance as a blind woman in the thriller "Blind".

"The Front Line top winner at Korea's Grand Bell Awards"
by HanCinema is licensed under a Creative Commons Attribution-Share Alike 3.0 Unported License.
Based on a work from this source