"The Good Detective", "Was It Love" and "Graceful Friends" Get Mixed Reviews 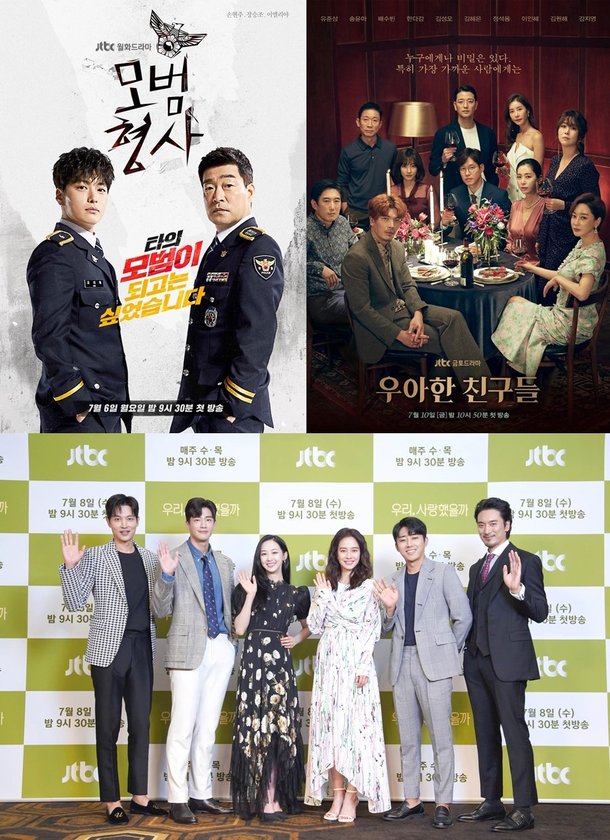 While JTBC has released 3 new dramas, these highly anticipated dramas are getting mixed reviews.

"The Good Detective" was the first to go. It is a drama about the detective world. It has produced the best results so far starring Son Hyun-joo from "Itaewon Class". Director Jo Nam-gook who has worked with Son Hyun-joo a number of times and they are receiving positive reviews for their highly immersive development.

The first episode started with 3.9% and dropped by 0.1% in the second episode but word of mouth carried out and increased viewership to 4.2%. The figure is in the mid-range among other competition as well.

Wednesday-Thursday drama "Was It Love" is a romantic drama about a single mother of 14 years and four men lead starring Song Ji-hyo. The viewership in the first episode started as low as 2.0% but it showed increase of 2.2% in the second episode.

Another romantic drama about a woman and several men was "Oh My Baby". The stories have different structure but it seems this 4:1 romance doesn't really draw the fancy.

Friday-Saturday drama "Graceful Friends" was highly anticipated as a drama that will continue the fame of "SKY Castle" and "The World of the Married". In particular, the news of the drama being adult rated was reported just before the broadcast, arousing curiosity among viewers who expected strong suspense.

However, harsh criticism was poured right after the first broadcast. Initially, the explanation of the work was a mystery drama about friends of 20 years and their spouses whose peaceful daily lives fall apart due to the sudden death of a friend, but the first episode could be summarized as a drama that gave the joys and sorrows of middle-aged men. It did not contain the elements of interest that viewers expected, followed by tacky lines and anachronistic settings. The chaotic production, which was not clearly arranged between the past and the older past, also gave the impression that the actors' performances were unfit.

The first episode rated 3.2% but the second episode fell to 2.7%. As the mystery is expected to be gradually solved from the third episode, attention is being paid to whether the viewers will be able to change their minds.

""The Good Detective", "Was It Love" and "Graceful Friends" Get Mixed Reviews"
by HanCinema is licensed under a Creative Commons Attribution-Share Alike 3.0 Unported License.
Based on a work from this source