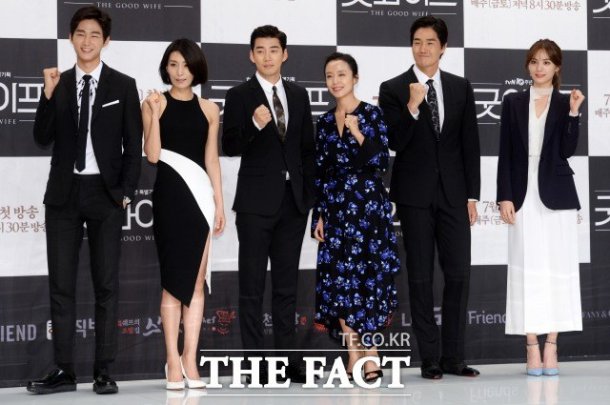 The premiere of the tvN drama "The Good Wife" on the 29th, was also Jeon Do-yeon's comeback ceremony. It was not just the viewers who were waiting for her return but Yoo Ji-tae, Yoon Kye-sang, Kim Seo-hyung, Nana, Lee Won-geun and director Lee Jeong-hyo as well.

Jeon Do-yeon seemed anxious about coming back with a drama for the first time in 11 years. She said, "I am trying to adjust and I think about this as my debut once again. However, despite her modesty, her juniors wouldn't stop praising her.

Yoo Ji-tae and Yoon Kye-sang claimed they joined the drama because of Jeon Do-yeon. Yoo Ji-tae said, "I felt that acting with a good person gives a good influence in my life. I've always wanted to meet Jeon Do-yeon and share the honor of working with the best actress in Korea. Yoon Kye-sang said, "I chose "The Good Wife" for the same reason as Yoo Ji-tae. You can learn a lot from good people".

Jeon Do-yeon was smiling when Yoo Ji-tae talked, but when Yoon Kye-sang added on, she became shy. Then continuous messages of praise ensued which caused her face became redder and redder.

Lee Won-geun said, "I was so nervous during the making of the drama. It was making me nervous just by the fact that I could be next to her. I kept reminding myself to work hard watching her work".

Nana, "I think I was the most anxious because I had more scenes with her than Lee Won-geun. I am just a beginner so I made some mistakes, but Jeon Do-yeon helped me and I learned a lot from her". Jeon Do-yeon lowered her head in embarrassment.

The hostess Park Ji-yoon ended the event with a light joke. Soon, Jeon Do-yeon will be seen on TV and she's back as a lawyer. 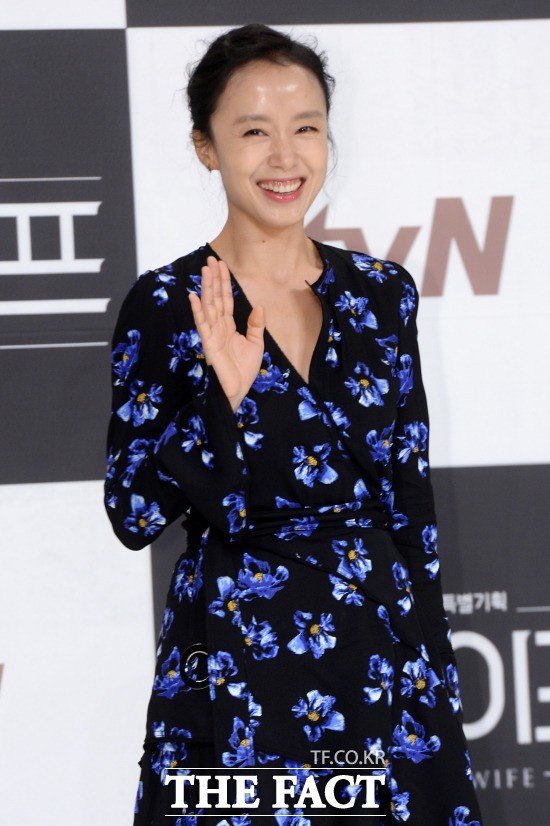 ""The Good Wife" Jeon Do-yeon, Queen of Cannes"
by HanCinema is licensed under a Creative Commons Attribution-Share Alike 3.0 Unported License.
Based on a work from this source