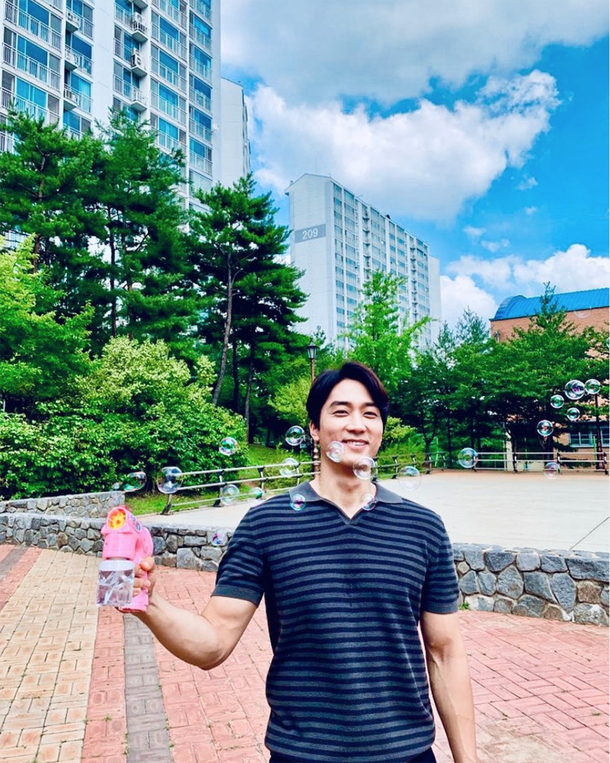 Song Seung-heon made an update.

Song Seung-heon is posing in a striped shirt under the blue sky and green trees. His looks are to die for.

Song Seung-heon is 43 years old this year and started his career as a clothing brand model in 1995. He then starred in several dramas since 1996 such as "Three Men and Three Women", "The Victory", "Autumn in my Heart", "Dr. JIN", "My Princess", "East of Eden", "Summer Scent", "The Player" and more.

His latest, "The Great Show", is a political drama named after the concept that politics is a stage managed for deliberate cynical effect on the opinions of normal citizens.

Song Seung-heon plays Wi Dae-han, a former materialistic congressman who decides to put on a fake father look to reclaim his title. Although he was a political newcomer who dreamed of promoting a just society, his family crisis gets in the way of his political life and he stages a great show for the entire nation to reform his image.

""The Great Show" Song Seung-heon Never Gets Old"
by HanCinema is licensed under a Creative Commons Attribution-Share Alike 3.0 Unported License.
Based on a work from this source