The honeymoon villa Kim tae-hee gave up... how's the interior? 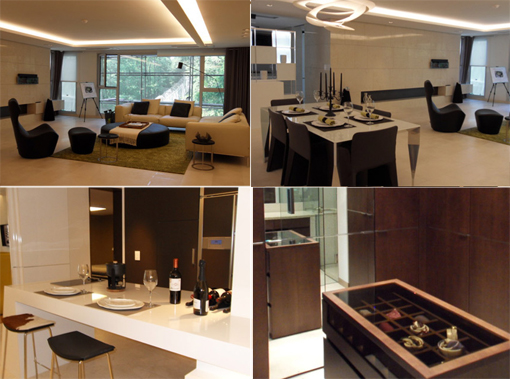 H Villa in Samsung-dong was of issue last year December with the word that Kim Tae-hee had bought it. But as soon as the word spread, she cancelled contract.

Then rumors that Lee Eun-mi-I chose this house as her honeymoon house spread and people have been curious about the inside.

Since then, they have been preparing to set up their house in Korea and have been focusing on their honeymoon house. They have apparently bought the H Villa.

The inside of the villa looks luxurious an antique with a Mediterranean style.

Meanwhile, according to the real-estate, this villa varies from 77 pyeong to 125 pyeong and was completed in September last year. It is 25 to 30 billion on the market and lease alone is more than 10 billion.

"The honeymoon villa Kim tae-hee gave up... how's the interior?"
by HanCinema is licensed under a Creative Commons Attribution-Share Alike 3.0 Unported License.
Based on a work from this source