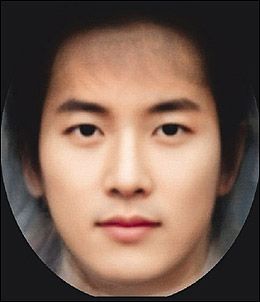 "According to the beauty theory that says the average of all the most preferred faces is the most beautiful, I made the new-generation handsome face by using the faces of stars that young Internet users like most", Rhee said.