"The King: Eternal Monarch", "Born Again" and "When My Love Blooms" Competing in Romance This April 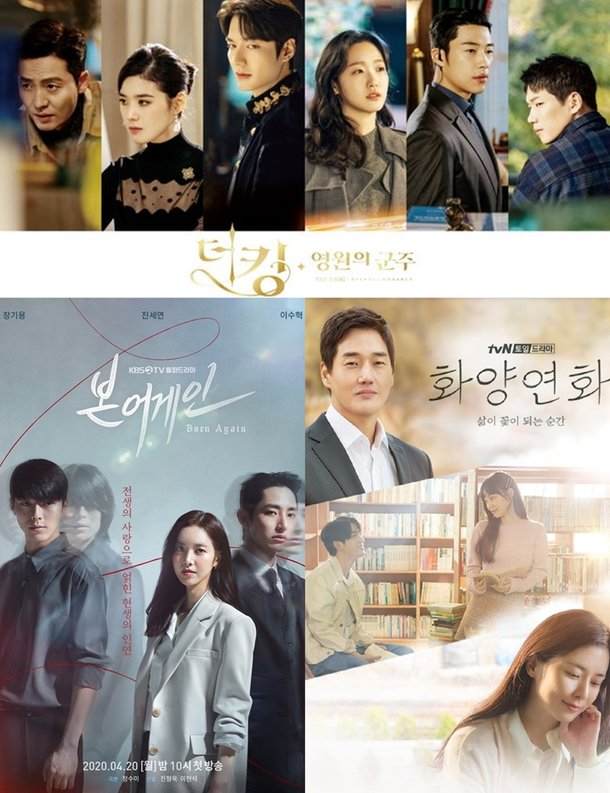 It's the fourth week of April already and various romance dramas have filled up this spring.

Guaranteed success hit-writer Kim Eun-sook's SBS "The King: Eternal Monarch", which caused a stir with just the news of Lee Min-ho and Kim Go-eun's collaboration, KBS "Born Again" about the fateful love between two men and women based around the subject of reincarnation, and tvN "When My Love Blooms", Lee Bo-young's comeback with Yoo Ji-tae with affectionate memories of first love, are some of the romantic dramas this spring.

"The King: Eternal Monarch", which began airing on the 17th, is a fantasy romance in which Lee Gon, a science-type emperor of the Korean Empire who wants to close the door of a dimension, and Jeong Tae-eul, a Korean detective who wants to protect someone's life, people and love, cooperate across the two worlds.

It was highly anticipated by drama fans, as it is Lee Min-ho's first comeback since military service and the second time he's working with star writer Kim Eun-sook who also wrote successful hits like "The Heirs" and "Guardian: The Lonely and Great God". As if to prove this, "The King: Eternal Monarch" had a steady beginning with the first episode rating 11.6% in viewership. In particular, the 'unpredictable fantasy romance' has provided fresh charm with the setting of the two parallel worlds of the Korean Empire and the Republic of Korea. It is a modern drama that expresses the antiqueness and realistic appearance of the imperial family and the combination of completely different spaces creates a different atmosphere.

Along with "The King: Eternal Monarch", "Born Again" is also worth noting for the development of another time space crossing. "Born Again" is a reincarnation mystery melodrama that depicts the fate of three men and women bound by ill-fated relationships, meeting once again.

"Born Again", which is different from the time slip dramas that have been commonly shown in Korean dramas, has created a sense of tension and immersion by dealing with serial killings at the center of the story, which mainly revolves around past and present lives. The analog sensibility of the 1980s and double role performances of Jang Ki-yong (Gong Ji-cheol/Cheon Jong-beom), Jin Se-yeon (Jeong Ha-eun/Jeong Sa-bin), and Lee Soo-hyuk (Cha Hyeong-bin/Kim Soo-hyeok) brought life into the play.

The fact that both "The King: Eternal Monarch" and "Born Again" are not just romance, but fantasy or mystery, mixed with specific settings and events draws viewers with a boundless sense of fun and imagination. Unexpectedly, however, the two woeks had mixed reactions shortly after the first broadcast.

"The King: Eternal Monarch" began with the popularity of star writers and full-blown actors, but viewers criticized the show despite its first broadcast of 11.6% viewership, which was quite high, because expectations were too high. From the lengthy setting of the background to the characters' incongruity, their charmless and anachronistic portrayal of certain occupations and awkward lines have disappointed viewers. There were many voices of regret from viewers who watched the show, such as "I shouldn't have watched it" and "Less than expected".

On the other hand, "Born Again" has a high viewership rating of 4.1%, lower than "The King: Eternal Monarch", but viewers who watched the first episode showed quite interesting responses. Jang Ki-yong, Jin Se-yeon, and Lee Soo-hyuk's characters also play well and the thrill of crossing the thread of a crime and the melodrama of a previous life caught attention. Although the ratings dropped slightly to 2.8% in the fourth episode, it is not bad compared to the 2.7% viewership recorded by the previous piece, "How to Buy a Friend". Furthermore, we cannot rule out the aftermath of the final episode of SBS's "Nobody Knows", which aired at the same time. 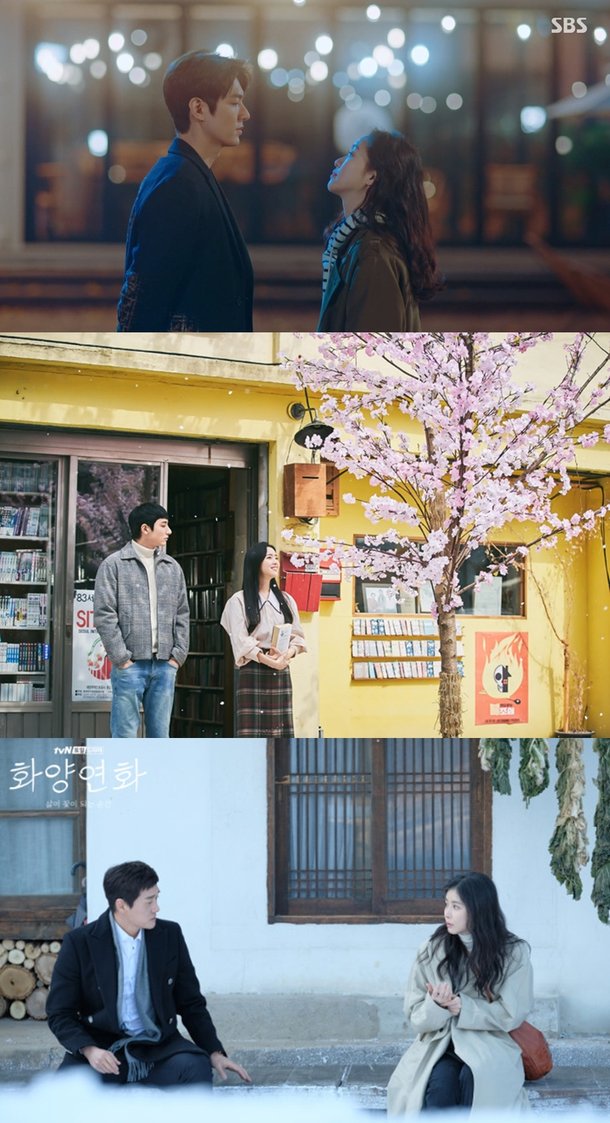 Then there's an original romance drama that comes to the viewers. Unlike previous romance mixed with fantasy and mystery, "When My Love Blooms", which focuses entirely on 'love', premiered on the 25th.

"When My Love Blooms" depicts the story of two people facing themselves in the most brilliant days when they meet again after beautiful first love and everything has been reversed. Lee Bo-young, who returns to the small screen two years after "Mother - Drama" (2018) and Yoo Ji-tae, who announced his return to the drama in a year with "Different Dreams" (2019), are already making many people excited. In particular, Yoo Ji-tae, who performed intensely as an extramarital man in "The Good Wife" plays a character who cannot forget his affectionate first love of "When My Love Blooms", adding to expectations for his acting transformation.

In addition, the drama is not just about a moment of recalling one's first love, but Han Jae-hyeon (Yoo Ji-tae) and Yoon Ji-soo (Lee Bo-young) are expected to appear in a considerable amount of footage as they cross paths in the past college years. Han Jae-hyeon and Yoon Ji-soo will be depicted in detail, as detailed descriptions of past Jae-hyeon (Jinyoung) and Ji-soo (Jeon So-nee) were also posted in the introduction of the characters. As such, attention is being paid to what kind of melodrama the four will create between the present and the past.