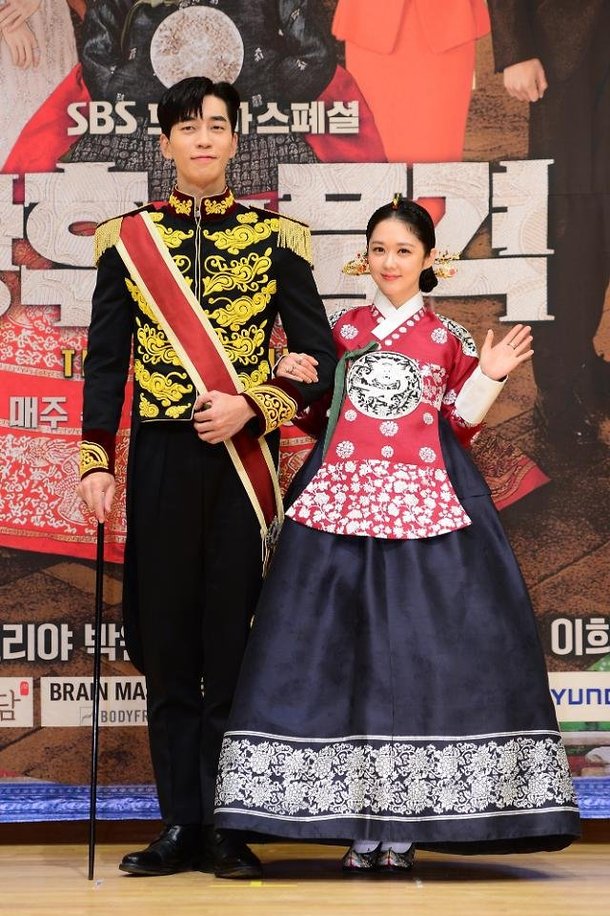 The cast of "The Last Empress" expect a 20% viewing percentage.

Shin Sung-rok's most recent drama "Return" recorded a shocking 17.4% which is the highest result by an SBS drama this year. Therefore, he anticipates to have that effect on "The Last Empress" and go over 20%.

Jang Nara said, "If the percentage goes over 25%, I will arrange a tour to the Buyeo in Chung-nam where we filmed the drama with the viewers and the staff who helped to make the drama".

Regarding the issue that "The Last Empress" is directed byJoo Dong-min who was involved with the issues surrounding "Return" by replacing the leading actress, Shin Sung-rok said, "This will be his signature drama and he communicates with everyone on set".

"The Last Empress" begins on the 21st of November.

""The Last Empress" Jang Nara and Shin Sung-rok Ready to Tackle Modern Day Monarchy"
by HanCinema is licensed under a Creative Commons Attribution-Share Alike 3.0 Unported License.
Based on a work from this source