"The Legend of the Blue Sea" Hits 20.7% Viewer Ratings during Final Minute of 1st Episode 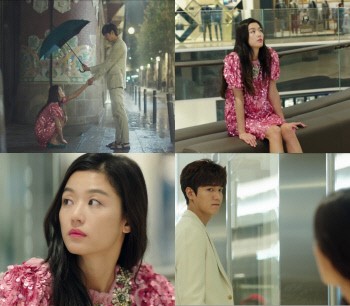 On November 16, "The Legend of the Blue Sea", featuring Jun Ji-hyun and Lee Min-ho, aired its first episode.

An SBS drama official commented, "This drama received much attention from the press even before it aired. We are happy that it received such a great response after releasing the first episode".

Other Wednesday/Thursday time slot dramas, "Oh My Geum-bi" and "Weightlifting Fairy Kim Bok-joo" received viewer ratings of 5.9% and 3.3% respectively. "The Legend of the Blue Sea" received a 9.6% out of the 16.4% total of viewers watching during that time period.

" "The Legend of the Blue Sea" Hits 20.7% Viewer Ratings during Final Minute of 1st Episode"
by HanCinema is licensed under a Creative Commons Attribution-Share Alike 3.0 Unported License.
Based on a work from this source