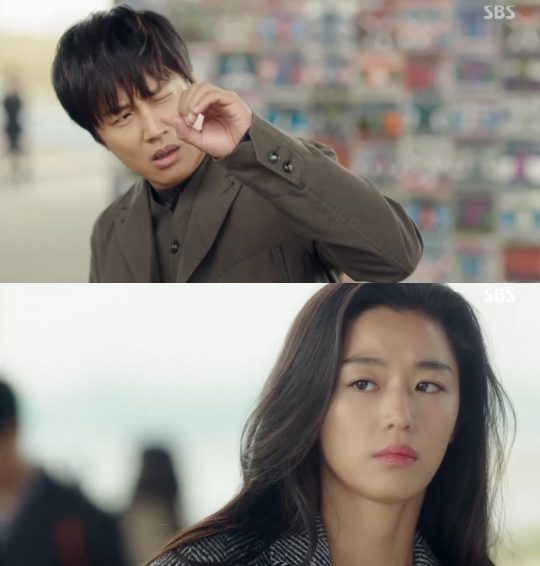 Cameos are used in movies and entertainment in order to gain the viewer's attention through a short role by a popular actor.

However, there are times where cameo appearances can ruin the flow of the drama altogether.

Let's take a look at SBS drama, "The Legend of the Blue Sea" and how they used cameo appearances to their advantage.

The first cameo appearance was by actor Cha Tae-hyun in episode 4. He filmed the movie "My Sassy Girl" 15 years ago with Jun Ji-hyun and was a popular movie of the time. Cha showed his sense of humor as he commented to Jeon, "You're strong. Not just strong, but also sassy".

Most recently, Jo Jung-suk made an appearance this week and even was seen in the epilogue Jo also received much popularity with his role in "Incarnation of Jealousy". He played the role of a merman who was already hiding and living in Seoul before Jeon.

Viewers are excited and anticipating to see what other cameos the drama will bring in future episodes.