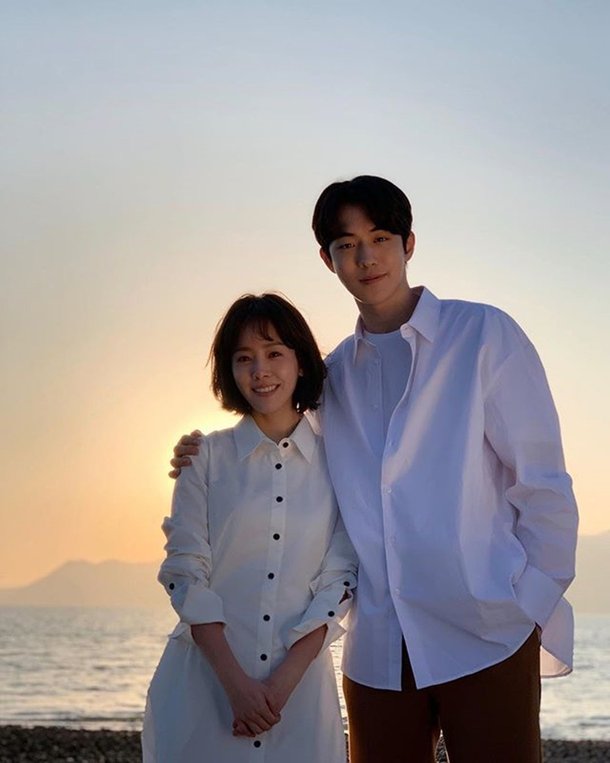 The picture is of Han Ji-min and Nam Joo-hyuk standing with his arm around her.

Meanwhile, "The Light in Your Eyes" is a romance drama about a woman who's losing time given to her and a man who lives an unwilling life, living different times in the same time.

Han Ji-min modeled in ads and magazines since she was a student and debuted as an actress in 2003 through the SBS drama "All In" as Song Hye-kyo's role Min Soo-yeon's teenage role.

"The Light in Your Eyes" ended with twelve episodes on the 19th.

""The Light in Your Eyes" Han Ji-min and Nam Joo-hyuk Pose in the Sunset"
by HanCinema is licensed under a Creative Commons Attribution-Share Alike 3.0 Unported License.
Based on a work from this source