"The Man From Nowhere" hangs onto No. 1 spot 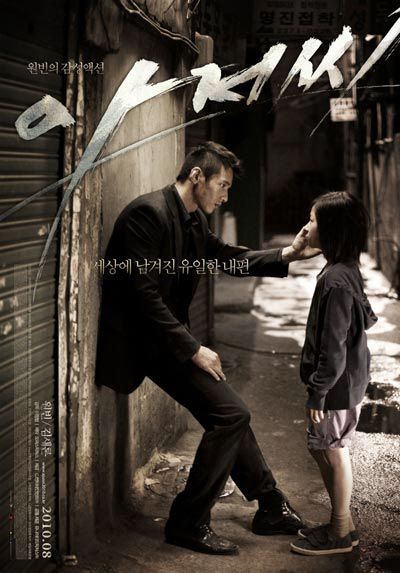 No. 1 movie in the country "The Man From Nowhere" [CJ Entertainment]

Korean action pic "The Man From Nowhere" held onto to its title as the No. 1 movie in the country for the third straight week between August 20 to 22.

According to the Korean Box Office System (KOBIS) on Monday, "Man" attracted 640,755 moviegoers over the weekend, bringing its total gross to almost 26.8 billion won since opening in local theaters on August 4.

"The Man From Nowhere", starring Korean actor Won Bin and child actress Kim Sae-ron, is about Tae-shik (Won Bin) who isolated himself from the world and leads a lonely life until he the girl next door named So-mi (Kim). When he finds out that So-mi and her mother are kidnapped, Tae-shik goes on a hunt to find his new friend.

Other movies in the top 10 included "Toy Story 3", "Deserted House", "Salt", "Magic Hanja - Stopping the Resurrection of the Great Devil" and "Step Up 3-D".

""The Man From Nowhere" hangs onto No. 1 spot"
by HanCinema is licensed under a Creative Commons Attribution-Share Alike 3.0 Unported License.
Based on a work from this source