"The Man In My House" script reading session with Soo Ae, a romantic comedy 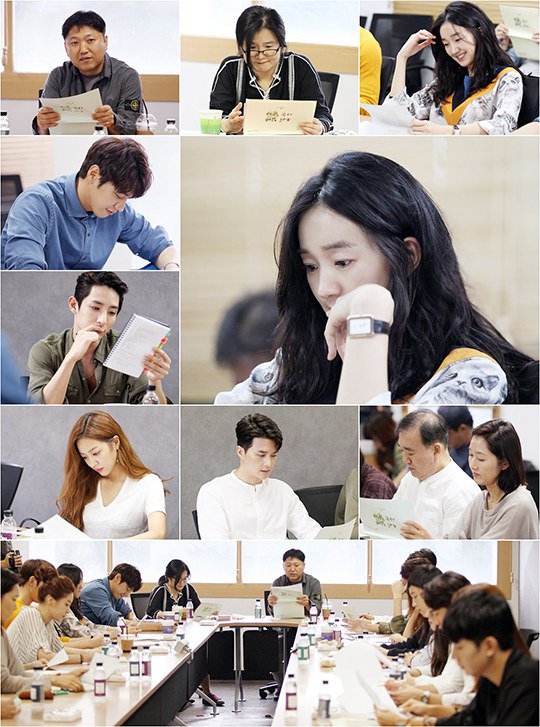 The script reading of "The Man In My House" starring Soo Ae was held. The crew and cast gathered together to signal the start of a long three-month journey.

Soo Ae, Kim Young-kwang, Lee Soo-hyuk, Jo Bo-ah, Kim Ji-hoon-I, Jung Kyung-soon, Kim Ha-kyoon and other members of staff and crew were there at the reading.

"The Man In My House" is a romantic comedy about Hong Na-ri (Soo Ae), a flight attendant with two different lives who one days finds out she has a step-father who is younger than her.

Soo Ae is starring in her first romantic comedy in 9 years. She stayed cheerful throughout the reading and she was so good that she made laughter burst out here and there.

Kim Young-kwang, in the role of Go Nan-gil, was perfectly in line with Soo Ae. They made the script reading fun and Lee Soo-hyuk in the role of Kwon Deok-bong contributed ad-libs to accompany the laughter.

Everyone did their best during the reading and the start signals and good vibe to the drama.

"The Man In My House" is based on a popular web-toon and is produced by Kim Jeong-min and written by Kim Eun-jeong.

The first episode of "The Man In My House" can be seen on the 24th of October.

""The Man In My House" script reading session with Soo Ae, a romantic comedy "
by HanCinema is licensed under a Creative Commons Attribution-Share Alike 3.0 Unported License.
Based on a work from this source