"The Man In The House" Soo Ae, cute or strict? 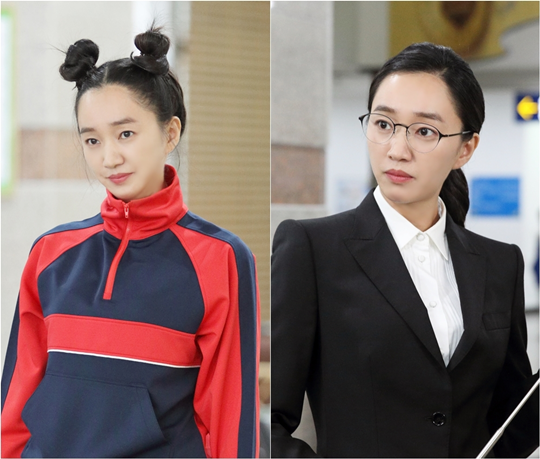 Still cuts of Soo Ae from the new KBS 2TV drama "The Man In The House" were released.

In one picture, Soo Ae is wearing a red sweat suit with hair up in two roles. She looks cute with her hands inside her pockets.

On the other hand, the other picture makes her look like a strict teacher. She's wearing a suit with glasses to make her look mean.

These pictures were taken in a hospital in Kyeonggido. Everyone said she looks good in the red sweat suit.

She seemed shy at first but she even chewed gum to increase the cuteness. In the suit, she looked almost scary.

These scenes show the conflict that Soo Ae experiences. As such, the chameleon of an actress is about to show something she's never done before in the drama "The Man in The House". The first episode can be seen on October 24th at 10PM.

""The Man In The House" Soo Ae, cute or strict?"
by HanCinema is licensed under a Creative Commons Attribution-Share Alike 3.0 Unported License.
Based on a work from this source