The mistress VS Jo Tae-oh, the worst power users 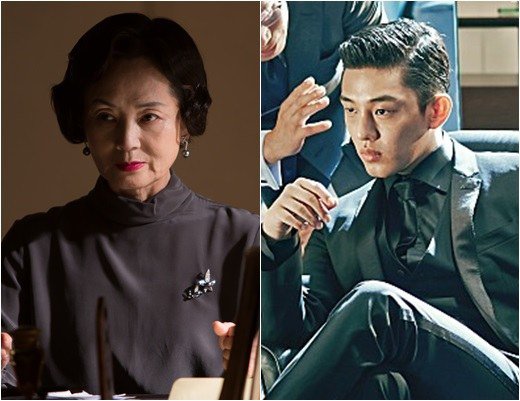 Characters overusing their powers is causing the public to rage.

Last year, Jo Tae-oh (Yoo Ah-in) from the movie "Veteran" outraged the public as a 3rd generation chaebol who couldn't keep his temper in an uncomfortable situation and caused all sorts of delinquent mischief.

He created a classic line while he spoke to a laborer who went on strike for his payment but this shows just how evil Jo Tae-oh was.

The mistress (Kim Young-ae) from the movie "Proof of Innocence" is going to overpower Jo Tae-oh. The line, "Poor people lie very well" shows how evil she is from the root down.

Pil-jae (Kim Myung-min), a broker, asks her, "Why do those who don't matter have to go through this?" and she answers, "Because they don't matter".

"The mistress VS Jo Tae-oh, the worst power users"
by HanCinema is licensed under a Creative Commons Attribution-Share Alike 3.0 Unported License.
Based on a work from this source