The Most Popular Song At Korean Norae Bangs? 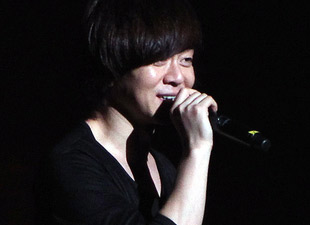 The "barefoot diva" as she's called in Korea, has charmed all of Korea with her song "I Have a Lover".

According to cable channel Mnet on "Yoon Do-hyun's Must" this past July 19th, the song Koreans most want to sing when they have a mic in their hands is Lee's "I Have a Lover". "Yoon Do-hyun's Must" is a show that falls under a different theme every week to introduce 100 songs to the viewers.

The veteran singer was invited onto the show as a special guest where she said, "I heard that this song has been used 20 million times at norae bangs (Korean-style Karaoke rooms) over the past five years. I'm surprised and thankful that this song has received so much love for so long in an ever-changing music market like today's".

She then proceeded to take off her high-heeled stilettos and toss them side while confirming her musical diva status, "Even pretty shoes such as these are also uncomfortable. I still prefer being barefoot".

Following Lee on the top 10 list for popular norae bang songs were Im Jae-bum's "Confession" and "For You", Lee Juk's "What a Relief" and "Race Across the Skies". Along with these were YB's "Love Two", "Cherry Filter's "Sweet Kitty", Big Mama's "Resignation", Park Sang-chul's "No Matter What", and IU's "A Good Day".

"The Most Popular Song At Korean Norae Bangs?"
by HanCinema is licensed under a Creative Commons Attribution-Share Alike 3.0 Unported License.
Based on a work from this source